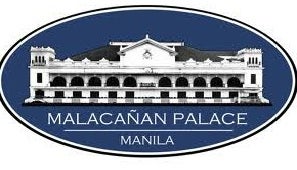 Testifying before the Senate, acting as an impeachment court, Corona said he withdrew his money from the Philippine Savings Banks on Dec. 12, 2011 or the day he was impeached in the House of Representatives after receiving information of Malacanang’s alleged moved to freeze his accounts.

“Sasabihin ko po sa inyo ang totoo. Kasi marami pa rin maman po aking naiwang kaibigan at kumpa-kumpare sa Malacanang. Ilan po sa kanila ang tumawag sa kain. Ipi-freeze daw ang mga deposits namin [I will tell you the truth. I still have a lot of friends in Malacanang. Some of them called to tell me that our deposits would be frozen],” he said, responding to Senator Francis Pangilinan’s query.

“Palagay ko kung kayo po ay nasa kalagayan ko, palagay ko ganun din ang gagawin nyo. Panganagalagaan din ninyo yung pinaghirapan nyo sa buogn buhay ninyo at yung mga perang hindi naman sa inyo [I think  if you were in my place, you will do the same. You will also protect what you’ve worked hard for all your life and the money that doesn’t belong to you],” Corona said.

Corona admitted having $2.4 million in four banks and about P80.7 million in “co-mingled” funds in three accounts.

Read Next
Senate prepares for Corona verdict as defense, prosecution rest case
EDITORS' PICK
Heads may roll at BOC, says Palace if sugar smugglers are allowed to use recycled import permits
Palace: Biggest supermarkets in PH commit to sell sugar at P70 per kilo
What to watch out for when selecting a video surveillance solution
House energy committee chair Arroyo bats for cheap electricity
vivo brings to the Philippines a powerful smartphone with a slimmer body, the vivo Y02s for only PHP 6,499
DOH reports increase in daily COVID-19 deaths, mostly unvaxxed
MOST READ
Brian Poe-Llamanzares receives his PhD in Public Administration
Peso loses ground vs US dollar
Alyssa Valdez to miss Creamline’s AVC Cup campaign
Rhian Ramos on new beau Sam Verzosa
Don't miss out on the latest news and information.