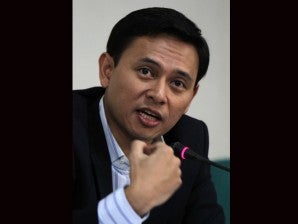 Ill or not, Chief Justice Renato Corona must be ready to face questions should he come under cross-examination, according to prosecutors, who also voiced hope that Tuesday’s courtroom “drama” would no longer have a second take.

At the same time, prosecution spokespersons expressed concern that the Supreme Court might grant Corona’s pending petition to stop the impeachment proceedings against him.

Representative Juan Edgardo Angara, one of the spokespersons, said he hoped that today’s hearing would just consist plainly of question-and-answer exchanges, with the  prosecutors tempering their questions if they see that the Chief Justice is  ill.

“We’re hoping we won’t see the same kind of drama we saw last Tuesday. I hope there would be no dramatics. I hope it will be straightforward. Just questions and answers,” Angara said at a press briefing.

Angara was referring to Corona’s abrupt decision to leave the hearing, without waiting for the court’s permission, after reading his “opening statement” that lasted three hours. He later briefly returned, sitting on a wheel chair.

Angara said Corona’s return today would be welcome so that it could not be said later that he lost the case on a technicality, and so that there would be no ground to call for a mistrial.

Deputy Speaker Lorenzo Tañada III presumed that Corona would want to salvage his testimony from the backlash of Tuesday’s incident and that he might resort to “wheelchair diplomacy” today, meaning he would resort to an appeal to emotion.

He said it appeared as if Corona wanted to show that even without his doctors’ permission, he was appearing in court because he wanted to do so. But he said Corona must be ready to answer questions.

“We accept that he will appear tomorrow, but if the direct examination would continue, the Chief Justice must also be ready to face whatever the prosecution may ask,” Tañada said.

Representative Romero Quimbo, also a prosecution spokesperson, said the prosecution would stick to its word and treat Corona with respect, sensitive to his condition.

The prosecution has not waived completely its right to cross-examine Corona, saying only that it will forego this if there is no direct examination of the Chief Justice. Corona’s own lawyers have said that they want to put him back on the stand and ask him further questions.

Angara said that if Corona would appear but not allow himself to be cross-examined, the prosecution might move to strike out his testimony.

“The right of a party to cross-examine the other party is a big part of due process of law,” he said.

Quimbo said the prosecution’s fear was that Corona might say that his doctors had told him he could not be cross-examined. That would be unacceptable, he said.

Quimbo also believed Corona’s lawyers wanted him recalled to the stand because any lawyer could see that his earlier direct testimony was full of self-serving and hearsay statements without legal bearing. He has not said anything substantial, Quimbo claimed.

As for fears of a court TRO against the impeachment proceedings, Angara said the Supreme Court could act on Corona’s pending petitions and rule in his favor.

“That’s one of the things we are concerned about. But we hope it would not reach that point because it is clear in the Constitution who has the power when it comes to impeachment and that is the Senate impeachment court,” Angara said.

Tañada said it was not the time for the Supreme Court to issue a temporary restraining order against the proceedings since Corona had already taken the stand.

Senator Franklin Drilon, for his part, claimed Corona’s defense team may be “imploding” if the actuations and pronouncements by lead defense counsel Serafin Cuevas and his team were any gauge.

Citing his own observations, Drilon said Cuevas’ actuations in the aftermath of Corona’s “walkout” last Tuesday showed he “did not have full control” of the defense.

“Why? Because last Tuesday, we were at the caucus and Justice Cuevas came to explain that he had no hand in this (walkout). He did not know that this is going to happen, and from that statement you could imply that somebody else was directing the show,” Drilon told a press forum. With  a report from TJ Burgonio