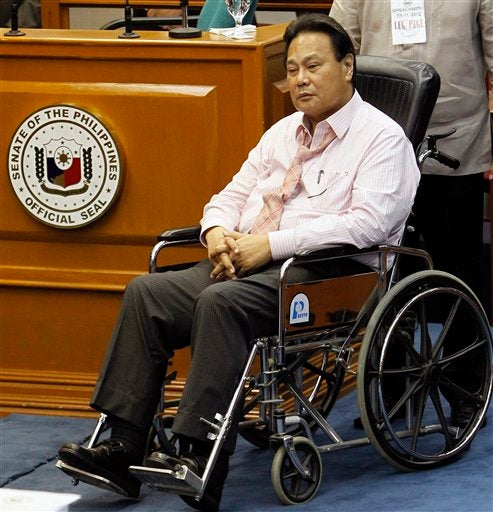 MANILA, Philippines—Chief Justice Renato Corona testifying at his impeachment trial denied he stole from the country’s coffers and said he would open his bank accounts for inspection if the 188 lawmakers behind his impeachment do the same.

But after reading a lengthy statement in the Senate, where he is on trial on allegations of corruption and betraying public trust, Corona asked to be excused, abruptly leaving the hall without permission and before he could be questioned by prosecutors.

In an unusual showdown between two branches of government, an angry Senate President Juan Ponce Enrile ordered security guards to shut the building to prevent Corona from leaving. Corona, 63, later returned in a wheelchair and his lawyers said he felt weak because he was diabetic and did not intend to flee.

He was later brought to the intensive care unit of the Medical City Hospital in Pasig City where he has been under observation for “a possible heart attack.”

Below are what netizens say:

With a report from Associated Press