MANILA, Philippines—More than two years after it was shooed off, partylist group Ang Ladlad filed a petition for accreditation at the Commission on Elections Friday. 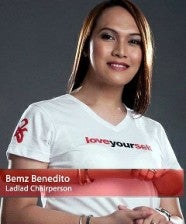 He said the group might field three candidates for the 2013 midterm polls, adding that Ladlad’s chairman emeritus Danton Remoto was planning to join the senatorial race.
“We are gunning for three seats in 2013 to show the power of the LGBT (lesbian, gay, bisexual, and transgender) vote,” said Benedito.

In 2009, the Comelec rejected Ang Ladlad’s application as partylist group saying it “offends religious beliefs” and failed to prove the existence of chapters nationwide.