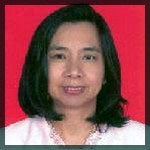 Associate Justice Estela Perlas Bernabe organized Wednesday’s Octave mass. The Octave Novena, which is believed to be the most powerful novena, has been organized by Marian devotees and employees of the Supreme Court.

The Octave mass will be for 8 days.

Aquino has appointed three associate justices at the Supreme Court—Bernabe, Maria Lourdes Sereno and Bienvenido Reyes. Reyes has also sponsored one of the 15 masses held for the Chief Justice in March this year.

Corona is set to testify before the Senate Impeachment Court on May 22.

Supreme Court employees will hold a Thanksgiving mass for the 2nd anniversary of Chief Justice Corona on Thursday.

Corona was appointed Chief Justice on May 17, 2010 by then President Gloria Macapagal-Arroyo, who is now detained at the Veterans Memorial Medical Center facing several charges.

His appointment has been highly contested due to a constitutional prohibition against the President from making appointments two months before the election up to the end of her term.

However, on March 17, 2010, the high court upheld Arroyo’s right as incumbent president to appoint the Chief Justice. The high court decision underscored Section 4(1) of Article VIII of the Constitution as the more relevant provision, and that the 90-day period for the President to fill the vacancy in the Supreme Court is a special provision to establish a definite mandate for the President as the appointing power.