Court asked to reinstate graft raps vs gov, others 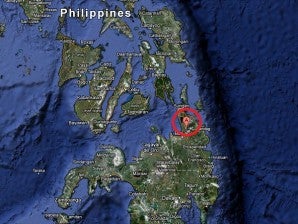 MANILA, Philippines—The private complainants who filed a graft case against Agusan del Norte Gov. Erlpe John Amante and three others for allegedly allowing a mining firm to over-extract ore in the province have asked the Sandiganbayan to restore the criminal charges.

In a motion for reconsideration, complainants Anselmo Sang Tian, Aliore Page and Ronald Hinayon said the limits on the extraction of nickel ore were still in place when Agusan del Norte officials issued ore transport permits to SR Metals Inc. in 2006 and 2007.

The Ombudsman’s Office of the Special Prosecutor (OSP) earlier withdrew the charges against Amante, Provincial Engineering Office employees Apolinario Yee and Celso Perez, and SR Metals Inc. chief executive Jimwell Orpilla and the Sandiganbayan subsequently dismissed the case against them.

They had been charged with allowing SR Metals to extract nickel ore beyond the 50,000 metric ton limit.

In backtracking on the charges, the OSP said they were based on Presidential Decree No. 1899, which prescribes an annual production quota of 50,000 metric tons of ore per mining corporation. It said this limit had been repealed by Republic Act No. 7076 or the Small Scale Mining Act of 1991.

The OSP noted that the new law did not impose an annual production quota on a corporation and that this was backed by a Department of Justice (DOJ) opinion issued in 2006.

But according to the private complainants, RA 7076 did not repeal the annual extraction limit of 50,000 metric tons as stated in PD 1899.

“Clearly, the provisions of PD 1899 and RA 7076 are in harmony and not inconsistent with each other. Both laws coexist governing different objects of implementation,” they said.

They said the extraction limit as stated in PD 1899 was still in force.

“Obviously, the provisions of PD 1899 and its corresponding implementing rules and regulations are still effective, applicable, valid and binding which the accused Governor Amante should have considered in granting the OTPs [ore transport permits] in favor of SRMI,” they said.

They noted that the Department of Environment and Natural Resources (DENR) as far back as 2006 had found that SR Metals exceeded the extraction limit per annum, prompting it to issue a cease and desist order to the corporation.

Despite the over-extraction, Amante allegedly continued to issue permits to the firm.

The complainants also said the DOJ opinion that there was no more extraction limit for small-scale mining could not prevail over the DENR order which stated that the provisions of PD 1899 were still binding and continued to govern the small-scale mining law.

They said the DENR order should be followed since it is the primary government agency responsible for the conservation, management and proper use of the country’s mineral resources.

“Unfortunate as it was, the accused Governor Amante continued to grant OTPs to SRMI despite the fact that it had blatantly violated the provisions set forth under Section 1 of PD 1899. Instead, he placed heavy reliance on the mere advisory nature of the DOJ opinion which should not have been resorted to in the first place,” they said.

The complainants also contested the finding that Amante could not be faulted for relying on the DOJ’s definition of the word “ore” and for his finding that based on this, SR Metals did not exceed the 50,000 metric ton limit.

The DOJ had defined “ore” as a naturally occurring substance from which nickel and cobalt may be extracted, but excluding the soil and other materials which are of no economic value to the miners.

The complainants said that to wholly accept this interpretation that the 50,000 metric ton limit pertained to the mineral in its purest form “would entail the total destruction and leveling of the entire mountain in order to extract the said amount, if at all.”

This was obviously not the intent of the legislature, they said.