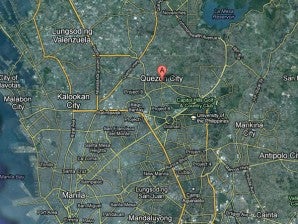 MANILA, Philippines – A motorcycle driver died on the spot after being ran over by a cement mixer truck in Quezon City before dawn Thursday, police said.

Sunga said initial investigation revealed that Casas was travelling along East Avenue near Matalino Street in Diliman, Quezon City when he allegedly lost control of his Yamaha Mio Sporty motorcycle after crossing an elevated manhole.

After being thrown off his motorcycle, a cement mixer truck driven by Roselio Oquias, 55 with licence plate VHC 533 that was travelling towards the same direction, allegedly ran over the victim’s head with its right tire by accident, he said.

Further investigation was being conducted while appropriate charges are being filed against Oquias, Sunga said.