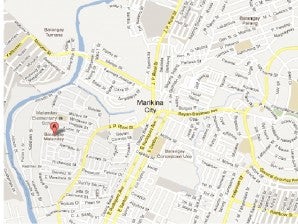 Fire Officer 2 Enrique Quilla said that Patrico Bala died after fire swept through several houses in their community along Malaya Street in Malanday, Marikina at 5:45 a.m.

He said that arson investigators have yet to determine what caused the fire which reached third alarm before it was completely put out at 6:53 a.m.