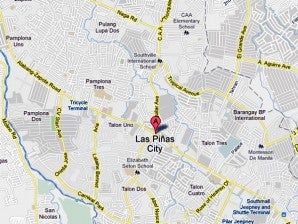 MANILA, Philippines—What began as a bicycle ride with friends for the manager of a local shipping firm on Saturday ended in his abduction, with a number of men dressed in police uniforms whisking him away to a still unknown location.

The Las Piñas Police identified the victim as Vicente Cordero III, 27, the manager of Shogun Ships Co. Inc., which specializes in transporting petroleum products from local refineries to individual clients.

Senior Superintendent Romulo Sapitula said that the incident happened at about 7:30 a.m. Saturday while Cordero was biking with his companions along Daang Hari Road in front of the Versailles Subdivision in Las Piñas.

“Apparently, then, a white Mitsubishi Adventure van with plate number WBF 237 blocked the group. Only Cordero was taken away,” Sapitula said.

Around six men, all wearing the Philippine National Police athletic t-shirts and carrying M16 rifles and .45-caliber pistols, grabbed the struggling Cordero and threw him inside the van.

The kidnappers then drove off toward Alabang.

Sapitula said the police have yet to identify the abductors.

“While we still do not know who did this, our officers are monitoring the city to spot the vehicle used,” he said, adding investigators were still trying to determine a motive for the abduction.