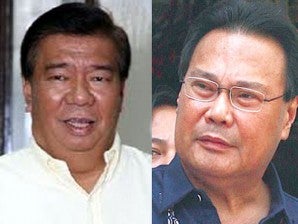 MANILA, Philippines—Some senators expect Chief Justice Renato Corona to take the witness stand and explain his bank accounts to the people after his impeachment trial resumes on Monday.

With Corona unsure of taking the stand though, his lawyers said that their defense would “rise and fall’’ on the testimonies of their witnesses and documents.

Senators Gregorio Honasan III, Franklin Drilon and Jinggoy Estrada said only Corona himself could clear up his non-declaration of peso and dollar accounts in his statements of assets, liabilities and net worth.

“The chief justice is the only one who can respond to the issues and questions lingering in the minds not only of the senator-judges, but the general public,’’ Honasan said by phone. “More than the senator-judges, he owes the Filipinos an explanation. We are only extensions of the will of the people.’’

While he has a right against self-incrimination and could not be compelled to testify, Corona could “voluntarily’’ submit himself as a witness, Honasan said.

“If as the defense is claiming he has nothing to hide, then there is nothing that should stop him from voluntarily submitting himself as a witness,’’ he said.

Sen. Loren Legarda, said it was “crucial’’ that Corona testify at his trial.

Sen. Antonio Trillanes IV said, “It’s their prerogative not to present CJ Corona, but the discrepancies in his SALN will, therefore, remain unexplained.’’

Defense lawyer Tranquil Salvador III ruled out testimony by Corona or his wife Cristina last Friday, saying the prosecution had failed to establish an impeachable offense.

“They have not proven anything. Why do we need to present the chief justice, if ever we don’t want to?’’ Salvador said in an interview.

So far, no decision has been made on whether the Corona couple would take the stand, but they would do so only if they felt it was necessary, defense panel spokesperson Karen Jimeno said.

The defense is presenting at least 10 witnesses, including Justice Secretary Leila de Lima, for Articles 2, 3 and 7 from Monday until Congress adjourns sine die on June 7.

Corona is accused of failure to disclose his SALN and off accomplishing an accurate one; showing bias toward Philippine Airlines in a ruling on the retrenchment of 1,400 flight attendants; and clearing former President Gloria Macapagal-Arroyo to travel abroad in 2011 to evade criminal charges.

The Ombudsman’s separate inquiry into Corona’s alleged disproportionate wealth, including dollar accounts amounting to $10 million, was another compelling reason that the Chief Justice take the stand, Drilon and Estrada said.

Estrada said he himself would suggest or even move that the impeachment court invite Ombudsman Conchita Carpio Morales to testify on the origin of the $10 million, whose existence Corona has flatly denied.

“The $10 million is not included in the charge. Some senators might want to know where it came from. I myself want to summon the Ombudsman (to find out) where she got the information,’’ Estrada said by phone.

Salvador said the panel’s witnesses and documentary evidence would be sufficient to dispute the prosecutors’ case and show that the charges against Corona were not impeachable offenses.

“We will rise and fall by our evidence,’’ he said in an interview Friday. “The prosecution has not presented anything in terms of impeachable offense. That’s why we’re just disputing what they have presented.’’

The defense panel has presented 16 witnesses, including former Manila Mayor Lito Atienza, before the Senate adjourned on March 23 for its Lenten break.