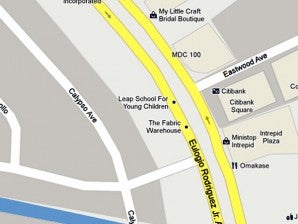 MANILA, Philippines—An off-duty Marikina policeman who had a drink too many died after being thrown off his motorcycle when he hit a pothole in Quezon City on his way home early Saturday, police said.

Gagala, believed to be on his way home, was cruising on the northbound lane of E. Rodriguez Avenue on his Honda Brava motorcycle when the accident happened around 2:20 a.m., Se said.

The traffic investigator said Gagala, who was drunk at the time,  must have failed to see the pothole and was thrown off the vehicle when he hit the rut. Gagala fell heavily on the concrete road, his face bearing the brunt of the impact, Se added.

Even though he wore a helmet, the victim suffered fatal injuries, according to a member of a Metropolitan Manila Development Authority rescue team.

The police officer was rushed to the Quirino Memorial Medical Center but succumbed to his injuries at  4:19 a.m., Se said.