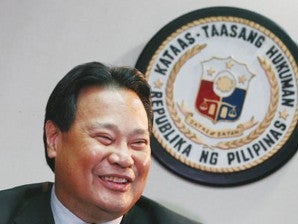 Lawyers of Chief Justice Renato Corona have reservations about amending his statements of assets, liabilities and networth (SALNs) by April 30 lest this would be misconstrued as an admission of inaccuracies.

“We will have second thoughts on this. Anything that would be introduced at this point will prompt people to say, ‘Ah they’re admitting errors, or this is an afterthought,’” defense counsel Tranquil Salvador III said in a recent interview.

Between now and April 30, deadline for the filing of SALN, Salvador admitted that the matter “would require deep thinking on our part and on the part of the Chief Justice.”

Another defense counsel, Ramon Esguerra, said Corona still “has to meet his accountant” this weekend to discuss the matter.

At the impeachment trial on March 22, Senator Loren Legarda inquired if Corona would amend his SALNs, and lead defense counsel Serafin Cuevas said he could confer with the Chief Justice.

Internal Revenue Commissioner Kim Henares had testified that a SALN could not be corrected otherwise its filing would be useless.

Cuevas had been quick to argue that this was her own opinion.

Corona is accused of betrayal of public trust for his alleged nondisclosure of his SALN from 2002 to 2010, as well as his wealth, among other things.

It emerged during the trial that Corona declared his properties based on their fair market value, not acquisition cost, in his SALN from 2002 to 2010. Defense lawyers said this was the practice then.

He, however, said the defense lawyers have “second thoughts” about this idea since the SALN was the subject of the impeachment trial, which was suspended March 23, and resumes May 7.

Brainstorming among defense lawyers before Holy Week had been geared toward the same goal: To have the Chief Justice acquitted, defense lawyer Rico Paolo Quicho said.

“That will always be the agenda: how to accomplish that objective. Other than that, we really have to make sure that our witnesses are ready,” Quicho said.

The defense lawyers also aired second thoughts about allowing Corona and his wife Cristina to take the witness stand.

“If we feel that we have enough evidence to rebut [prosecution evidence] without presenting the Corona couple, that is an achievement for the defense team,” Quicho said.

Salvador said the cast of defense witnesses should “revolve around” the evidence so far presented at the trial.