Suspect in Dacer-Corbito slay nabbed after 22 years in hiding 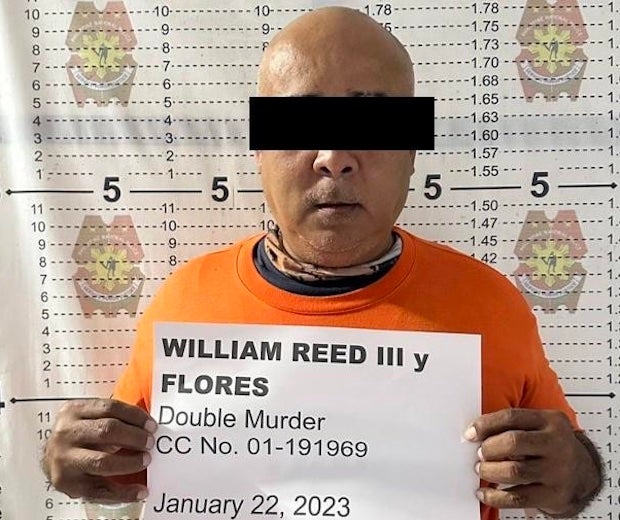 MANILA, Philippines — After 22 years in hiding, a suspect in the double murder of publicist Salvador Dacer and his driver Emmanuel Corbito has been arrested, according to a statement issued on Wednesday by the National Capital Region Police Office (NCRPO).

The suspect, a former police officer, was identified as William Flores Reed, now 57 years old. He was arrested in Barangay Poblacion in Pulilan, Bulacan.

Reed has a pending arrest warrant dated  May 25, 2001, and signed by Judge Rodolfo Ponferrada of Branch 41 of the Manila  Regional Trial Court, the NCRPO said.

Flores is on the national list of Most Wanted Persons with a P250,000 reward on his head.

The suspect was served his warrant of arrest and is currently detained in the Regional Special Operations Group’s detention facility.

“I am overwhelmed with their extraordinary feat that after 22 years of hiding before the law, the accused is now apprehended and the victims and their families will be catered with justice,” Brig. Gen. Jonnel C. Estomo, NCRPO chief.

“I admire the dedication of our operating units in the fight against all forms of criminality particularly on the arrest of Most Wanted Person. What they have achieved is a remarkable accomplishment on our part and a relief to all the victims of this person,” he added.

The Dacer-Corbito double murder case was highly controversial, as it implicated several persons in power, including then-President Joseph Estrada and former Sen. Panfilo Lacson, who was then chief of the Philippine National Police.