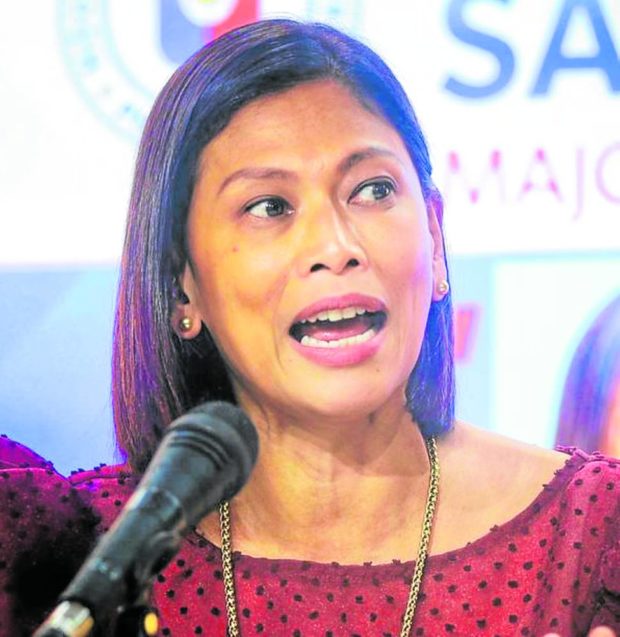 During the House Committee on agriculture and food hearing, Quimbo asked DA Director and Bureau of Plant Industry (BPI) officer-in-charge Gerald Glenn Panganiban if they had examined supply-side factors causing the onion scarcity.

Panganiban said they had visited cold storage facilities, even narrating instances when the items they had seen inside a container were gone when authorities were about to raid the area.

(When they were about to do the raid because pictures were taken, tags were seen, the containers were emptied by tomorrow, and thousands of bags suddenly disappeared.)

When asked by Quimbo if these incidents, including the possible prevalence of cartels that manipulate onion prices, have been reported to the PCC, Panganiban said no, drawing the lawmaker’s ire.

“I am informing you right now, for your information, sir, the government agency that has jurisdiction over cartels is the PCC. Kailangan niyo pong sabihin ‘yan sa (You need to tell) PCC, you need to coordinate with them. They have sufficient powers to enforce against any cartel in the entire Philippine economy,” Quimbo said.

(For me, the fact that you didn’t consult PCC that’s a big problem.)

Quimbo, an economist by profession, also told Panganiban earlier that she could not wrap her head around the high onion prices, given that the shortage in the country is not extreme.

“It doesn’t make sense because we know that prices are determined by supply and demand. It’s that simple. So why do we have a sharp rise in prices despite a modest shortage at seven percent? That’s a mystery that, as an economist, I cannot really explain,” she said in Filipino.

“That’s why I actually think that there is a mystery behind these, behind the scenes, that we cannot see, like the cartels,” she added.

Quimbo also noted that the country actually had one of the lowest prices of onions in Asean in 2019 coupled with an oversupply — which she said makes the shortage and overpricing three years later all mysterious.

“So mystery number two DA, how did we go from a situation of excess supply and very low prices in 2019 to the opposite in 2022 of lack of supply and very, very high prices?” Quimbo asked.

Panganiban replied that onion output has been rising since 2016, and that the government approved importing in 2019.

The committee is investigating the onion industry’s state after market prices of red onions have spiked to around P400 to P600 per kilogram.

Several committees are looking into the onion problem.

The House ways and means committee held a hearing on smuggling on Monday and found that underreported agricultural products made up about 7% of the entire supply from 2016 to 2021, but the increase is alarming.

READ: Only 7% of agri goods smuggled, but there‘s an alarming rise – Salceda

The panels’ separate hearings come as the country grapples with the effects of agricultural smuggling, which has brought prices of raw products upwards due to cartelized importations.

The Bureau of Customs, which intercepts these illegal goods, has intercepted hundreds of shipments including agriculture products that were underdeclared or misdeclared as other items.

BOC: Smuggled onions, other agri goods worth P171.3M seized from one consignee

Your subscription could not be saved. Please try again.
Your subscription has been successful.
Read Next
COVID-19 as 11th top cause of death shows PH is stopping further deaths – DOH
EDITORS' PICK
Omega Speedmaster super racing: Tiny device massive change
Fuel price rollback expected on Feb 7
House energy committee chair Arroyo bats for cheap electricity
Philippine-United States alliance ‘rock solid’ — DFA
Makabayan bloc blasts bid to expand US access to more military bases in PH
vivo Philippines offers a free bouquet of flowers and a premium necklace perfect for Valentine’s Day
MOST READ
Vice Ganda gets called out for ‘unfair treatment’ of ‘It’s Showtime’ co-host Karylle
Fuel price rollback expected on Feb 7
Kris Aquino gets ‘renewed confidence’ after consultation with new doctor: ‘I have a strong chance of getting better’
Pokwang tells self amid revelations on past relationship: ‘Bangon, nanay ka’
Don't miss out on the latest news and information.