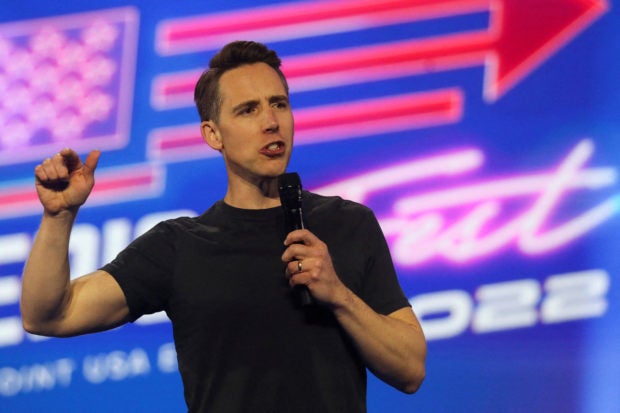 WASHINGTON — U.S. Senator Josh Hawley, a Republican and China hawk, said Tuesday that he would introduce a bill to ban the short video app TikTok in the United States.

TikTok, whose parent is the Chinese company ByteDance, already faces a ban that would stop federal employees from using or downloading TikTok on government-owned devices.

“TikTok is China’s backdoor into Americans’ lives. It threatens our children’s privacy as well as their mental health,” he said on Twitter. “Now I will introduce legislation to ban it nationwide.”

Hawley did not say when the bill would be introduced.

TikTok said in a statement that Hawley was taking the wrong approach.

“We hope that he will focus his energies on efforts to address those issues holistically, rather than pretending that banning a single service would solve any of the problems he’s concerned about or make Americans any safer.”