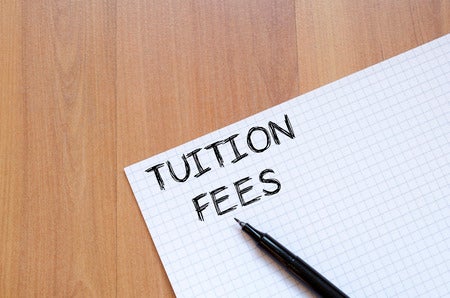 MANILA, Philippines — An organization of private educational institutions across the country has raised concerns about a bill that would ban the “no permit, no examination” policy, as it may place schools’ viability and future in danger.

At the hearing of the House of Representatives’ committee on basic education on Tuesday, the Coordinating Council of Private Educational Associations of the Philippines (Cocopea) explained that since schools rely heavily on tuition to pay for the salaries of teachers, staffers and other utilities and expenses, delays would risk the standing of these institutions.

Cocopea’s incoming managing director, lawyer Kristine Carmina Manaog, said that despite these fears, private schools are sensitive to the welfare of students whose families may have encountered financial difficulties.

“As in the past, we would like to express our reservations on this, as you may know, private schools are basically tuition-driven.  Now they rely heavily on tuition fees for their continued operations, and without it, without effective ways or effective means to collect it, it would be difficult for private schools to sustain their educational services and operations,” Manaog told lawmakers.

Manaog suggested that there may be ways to ensure that students who fail to settle payments be allowed to take examinations, while at the same time protecting the schools’ financial standing.

“Therefore perhaps we can work on, or we can come up with more creative ways of assisting our students and at the same time, preserving or ensuring the viability of our private schools.  On this note […] perhaps we will submit our position paper on this matter for the consideration of the committee,” she noted.

Committee chair and Pasig Rep. Roman Romulo, however, was perplexed as to how the financial standing would be affected if schools could withhold a student’s credentials if his or her family fails to pay the late school fees at the end of the school year — which means schools still have the upper hand.

Romulo said that they are only trying to “take into account the mental wellness also of our students”, whose families may still be reeling from the financial effects of the COVID-19 pandemic and the global economic slowdown.

“We are just aiding them so that the mental health torture is addressed.  If there’s a set exam, they will take that whether they’re fully paid or not,” he said.

But outgoing Cocopea managing director Joseph Noel Estrada who was also present during the hearing clarified that unconditionally allowing students to take exams even without settling dues may be prone.

Estrada explained that families who can actually settle tuition fees may opt to pay at the end of the school year in this case, because it will be allowed by the state.

“First of all, it is not an absolute policy in all private schools that those who cannot pay will not be allowed to take the examinations — that’s why we have promissory notes, that’s why we have a lot of accommodations, some of those have already been mentioned,” he said.

“But these are reserved to those with justifiable reasons.  What we are just trying to advocate this morning is that with the bill, it will now make even those who can pay, no longer pay, and maybe just pay at the end of the school year when there is already compulsion because of the withholding of credentials,” he added.

Estrada said that this would affect several educational institutions, citing a school in Bulacan that still has around P12 million in collectibles because of unpaid tuition.

The discussions have led lawmakers to suggest that provisions about “justifiable reasons” be placed to safeguard the law from abuse.  When Camarines Sur 3rd District Rep. Gabriel Bordado Jr. moved to approve a consolidated version of the five bills, he explicitly stated that there would still be a need to discuss placing provisions protecting private schools.

The five bills were approved by the said panel, subject to style and other revisions regarding the “justifiable reason” provision.

The bills seek to alleviate pressure on students whose parents or guardians encounter financial difficulties, especially since students resorting to self-harm due to such problems have been well documented.

In 2013, the suicide of University of the Philippines (UP) student Kristel Tejada stirred the country after it was revealed that she took her own life after being forced to hold her studies because of financial woes.