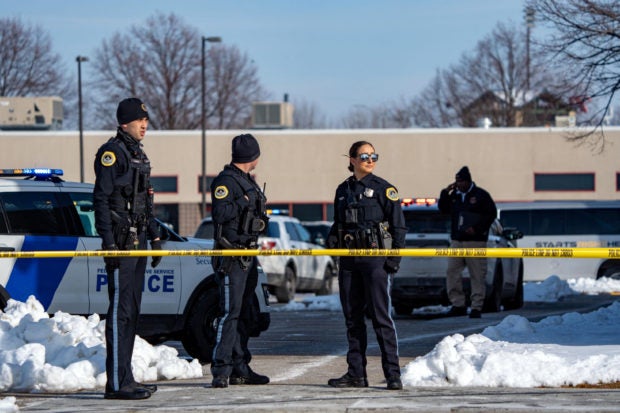 Two students were killed on Monday and an adult was seriously wounded in a “targeted” shooting at a nonprofit educational center for at-risk youth in Des Moines, Iowa, local police said.

The students died at a hospital, while a staff member of Starts Right Here, a learning facility for young people, was in surgery, Sargent Paul Parizek said at a press conference. No further details were released.

Three suspects, who have not been identified, fled the scene in a car and were taken into custody at a traffic stop within 20 minutes of the incident. One of them jumped out of the vehicle and ran but was eventually arrested with the help of a K-9 unit, Parizek said.

No motive for the shooting is known. Officers were called to the scene just before 1 p.m. local time.

Parizek said the police department works closely with the program, which was designed to help underserved students who have a variety of “troubles and challenges.”

“These are supposed to be our safe spaces,” he said. “To have it happen here, it’s going to be a horrible impact on the community.”

“We are saddened to learn of another act of gun violence, especially one that impacts an organization that works closely with some of our students,” Smith said in a statement.

Parizek did not give a timeline for the investigation, though he said he expects the most serious charges will be handed down.