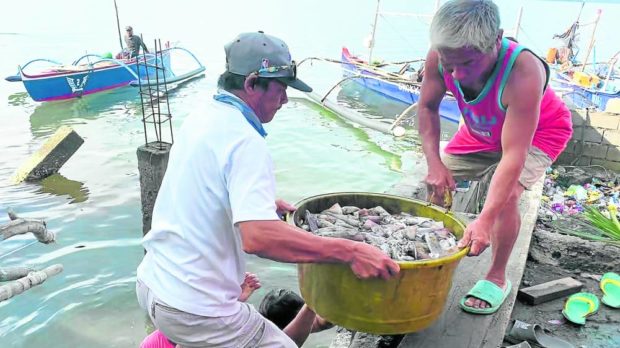 FRESH CATCH | Fishermen in Masinloc town, Zambales, unload a crate of squid caught within the municipal waters in this photo taken in April 2022. A group of fishers in the town has been asking a Hong Kong vessel to pay them for allegedly destroying their “payao” or artificial reef on Jan. 17. (File photo by JOANNA ROSE AGLIBOT / Inquirer Central Luzon)

SAN ANTONIO, Zambales, Philippines — Local fishermen on Monday called on authorities to help them seek at least P900,000 in compensation from a foreign vessel that reportedly destroyed their “payao” (artificial reef) while the ship was entering the municipal waters of Masinloc town in Zambales province on Jan. 17.

In a phone interview, fisherman Leonardo Cuaresma, president of the New Masinloc Fisherman Association, said the HC Glory, a bulk carrier owned by the Hong Kong Haichang Holdings Group Ltd., was reportedly transporting coal to the Masinloc Power Plant at around noon when it hit the payao.

Payao is a fish aggregating device used by local fishermen in open waters to increase their catch.

Cuaresma said some of the fishermen had warned the vessel that it was heading to the site of the payao, which was located 12 nautical miles (22 kilometers) from the town’s shoreline.

“The fishermen were monitoring the area and, using hand gestures, signaled the ship to reroute since it was already approaching the payao,” Cuaresma said.

He said the vessel apparently ignored the fishermen and went on to drag and destroy the payao, which cost about P150,000 to build.

“We were expecting to harvest from that payao an average of two tons of fish worth P360,000 by the end of the month, but now it’s all gone,” said Cuaresma.

Cuaresma said he immediately lodged a complaint with the local station of the Philippine Coast Guard (PCG), which later informed the Bureau of Customs (BOC).

According to Cuaresma, the PCG personnel tried to facilitate a dialogue with the ship’s crew, all of whom are reportedly Chinese nationals and residents of Hong Kong, but the BOC officials barred the fishermen from boarding the ship during an inspection.

In a separate interview on Monday, PO1 Vladimir Baldimor, PCG substation commander in Masinloc, confirmed the incident, adding that their office tried to mediate by facilitating a dialogue between the ship’s crew and the fishermen.

But Baldimor said the talks did not push through because the fishermen were not authorized by the BOC to board the ship.

On Jan. 21, or four days after the incident, the fishermen received a letter from the ship’s owner informing them the vessel tried to avoid a “floating barrel” by stopping its engine to avoid damaging the rope underneath. 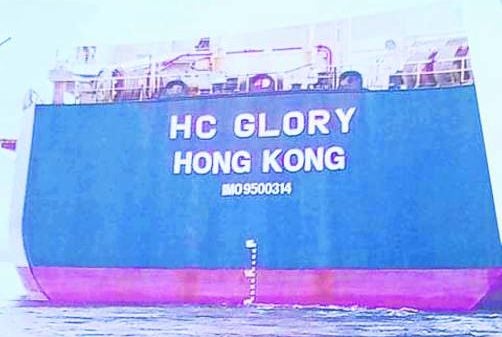 But the ship’s skipper asserted that the “buoy” was “too small to be seen or scanned by radar at night or during the day.”

In the letter, the ship’s crew also described the payao as a “fishing float [that] looks like an empty, discarded barrel.”

The ship’s captain also denied that the vessel had damaged the payao, adding that the rope was still in good condition after passing through it.

According to Cuaresma, it was not the first time that their payao had been damaged or destroyed by a passing vessel.

“The difference before was that we didn’t know which vessel destroyed the payao. This time, a lot of fishermen in the area saw what happened,” he said.

Cuaresma said the P900,000 in damages would cover their potential income loss, noting that local fishermen would have earned more than P300,000 a month from the wrecked payao.

But the ship’s agent has yet to respond to the monetary claims of the fishermen as of Monday, the Inquirer learned.

The fishermen said they asked the PCG to prevent the vessel from leaving the province while they were studying their legal options. The ship was due to return to Hong Kong on Friday, the PCG said.