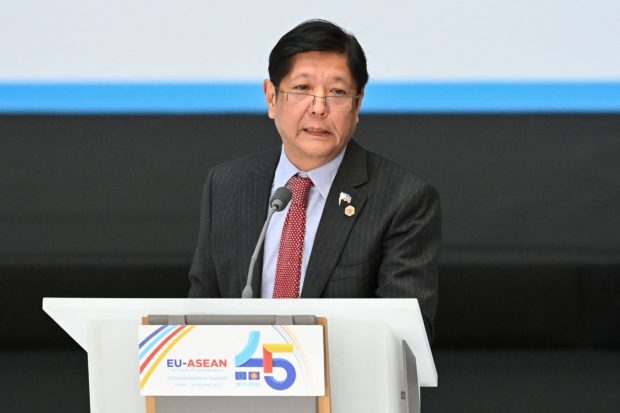 MANILA, Philippines — President Ferdinand “Bongbong” Marcos Jr. on Monday defended his foreign travels, saying it is vital for the Philippines to introduce itself to potential investors abroad.

(We need to showcase the country to show them what potential investments they can bring into the Philippines.)

He also said it is important for him to introduce himself since he has only been just elected as a chief executive in less than a year.

His attendance to conferences and summits abroad, Marcos said, would allow him to build connections with other nation leaders.

“I am the new kid in the block, nobody knows who I am. Kailangan ko magpakilala. It’s important also na magkaroon ng personal na connection sa mga lider,” the President said.

Foreign trips, specifically attending to international forums and conferences, also allow the Philippines to assert its participation in global issues.

“May lugar tayo, we are participating in the issues, in the discussion and in the efforts in the community of nations kailangan kasama tayo diyan,” he added.

Since he assumed office in July, Marcos has had eight foreign trips to date, which are the following: