No extra honoraria for teachers in 2023 barangay, SK polls 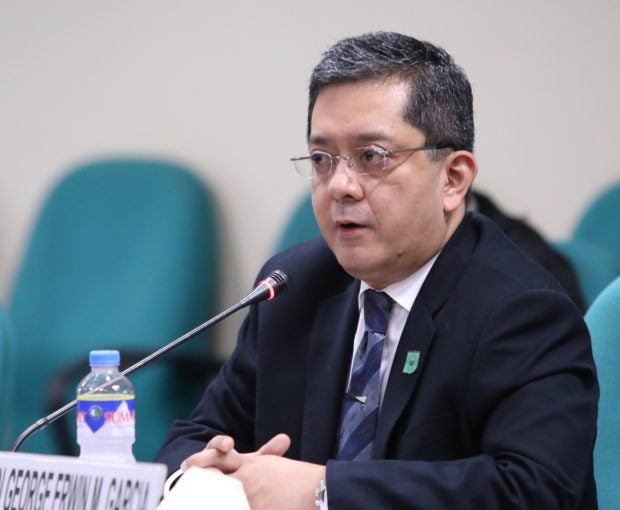 Comelec Chairman George Erwin M. Garcia, shown here in a Senate hearing on the postponement of barangay and SK elections on Dec. 5, 2022. (File photo from the Senate Public Relations and Information Bureau)

ZAMBOANGA CITY, Zamboanga del Sur, Philippines — Teachers who will serve as electoral board members in barangay and Sangguniang Kabataan (SK) elections this October will not get any additional honoraria, Commission on Elections (Comelec) Chair George Erwin Garcia said on Saturday.

“We were supposed to increase [the honoraria]. We were going to request an increase in the honoraria to be received by our teachers. But because of a lack of budget, we just decided to fix the amount of what they will get,” Garcia said in Filipino in a chance interview with reporters in Bongao, Tawi-Tawi, where he monitored the voter registration there.

In 2022, Comelec got a budget of P8.4 billion for the postponed December 2022 polls. It asked for an additional P10 billion since the election was postponed, but Congress only allocated P2.7 billion in the 2023 national budget, according to Comelec spokesperson John Rex Laudiangco.

“As far as the 8.441 billion pesos [goes], that is only enough for the original honoraria of our teachers,” Garcia said.

He pointed out that the House or Senate in their budget deliberations might decide to give additional funding for the honoraria of electoral board members, especially now that their honoraria for serving during the elections were no longer tax-exempt.

Comelec chair ‘very sure’ of barangay, SK polls in October