‘Libreng Sakay’ back soon with fresh funds; but for how long? | Inquirer News

‘Libreng Sakay’ back soon with fresh funds; but for how long? 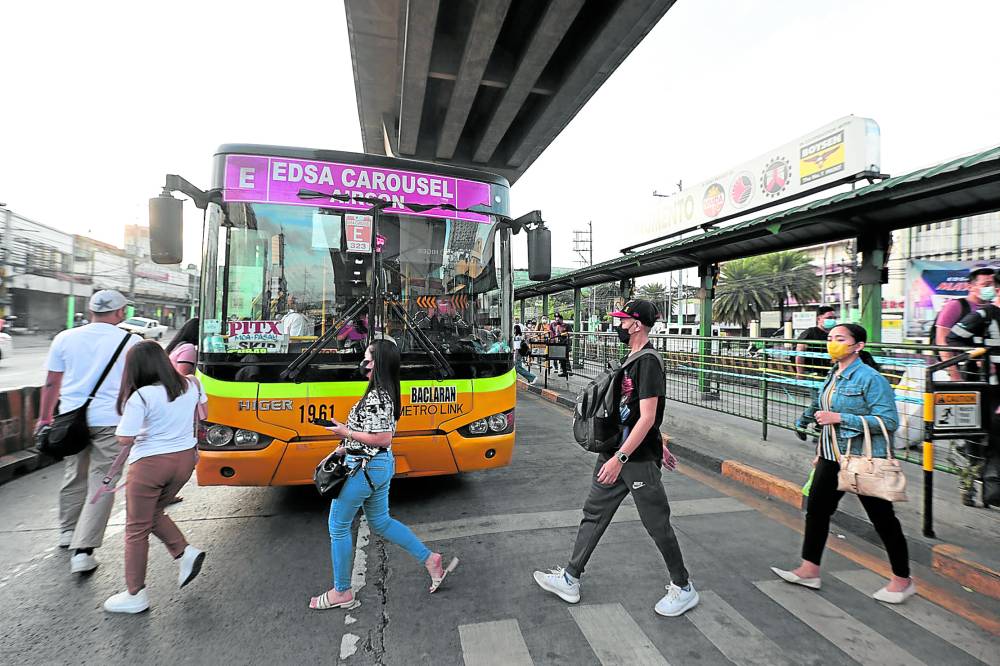 MUCH-NEEDED RELIEF Rides on the Edsa Carousel may soon be free of charge again thanks to some P1.2 billion in new funding under the 2023 national budget. —GRIG C. MONTEGRANDE

Commuters may again avail themselves of the “Libreng Sakay” (free rides) program on the Edsa Busway System after the Department of Budget and Management (DBM) confirmed fresh funding for the transport project that was introduced two years ago at the height of the pandemic.

The program will soon be revived with a P1.285-billion funding under the 2023 General Appropriations Act, according to Budget Secretary Amenah Pangandaman.

“We understand the plight of our commuting public, so President Marcos gave us a directive to do our part and to exert our best to help ease their burden,” Pangandaman said in a statement on Thursday.

“Whatever amount they [commuters] save daily, they can reallocate equally or to more important needs such as budget for food, electricity, tuition, among others,” she added.

The Passenger Forum (TPF), a commuter advocacy network, welcomed the DBM announcement, but doubted whether the newly allotted fund would be enough to sustain the free rides.

TPF convener Primo Morillo said the new allotment was only about a tenth of the P12-billion funding sought by the Department of Transportation (DOTr).

Morillo said the government must make the free ride program sustainable by having a permanent source of funding.

The group said the smaller-than-expected budget could mean free rides for just a limited period.

“What we fear is that while the rides are free, there is a lack of buses because of a lack of budget,” Morillo said.

Libreng Sakay, a joint program of the DOTr and the Land Transportation Franchising and Regulatory Board (LTFRB), was discontinued on Dec. 31, 2022, after the funding dried up.

Asked to elaborate on how long the Libreng Sakay would last using the fresh funding, Budget Undersecretary Goddes Hope Libiran said that “since the DOTr is the implementing agency, it is up to them to identify the program’s scope and coverage.”

“They have the option to spread or limit its coverage, based on the result of their study,” Libiran said.

It has served a total of 80.8 million passengers since the launch in 2020.

Used by an average of about 390,000 passengers daily, the Edsa Busway had 550 buses plying the route when discontinued at the end of 2022.

Transportation Secretary Jaime Bautista said the DOTr was planning to bid out the contract to have the Edsa Busway privatized in the first half of 2023.

He said the concession agreement would include the operation and maintenance of the bus stations and may also cover the construction of additional infrastructure.

The ongoing feasibility study for the Edsa Busway privatization is expected to be completed by the first quarter of the year, Bautista said.

The Public-Private Partnership Center of the Philippines has conducted a preliminary market sounding activity for the busway system as part of the funding application process.