MANILA, Philippines — Lawyer Cheloy Garafil is the new Secretary of the Presidential Communications Office (PCO), after serving as the office’s officer-in-charge.

This was announced by the PCO on Tuesday, as it posted a photo of Garafil taking her oath before President Ferdinand “Bongbong” Marcos Jr. 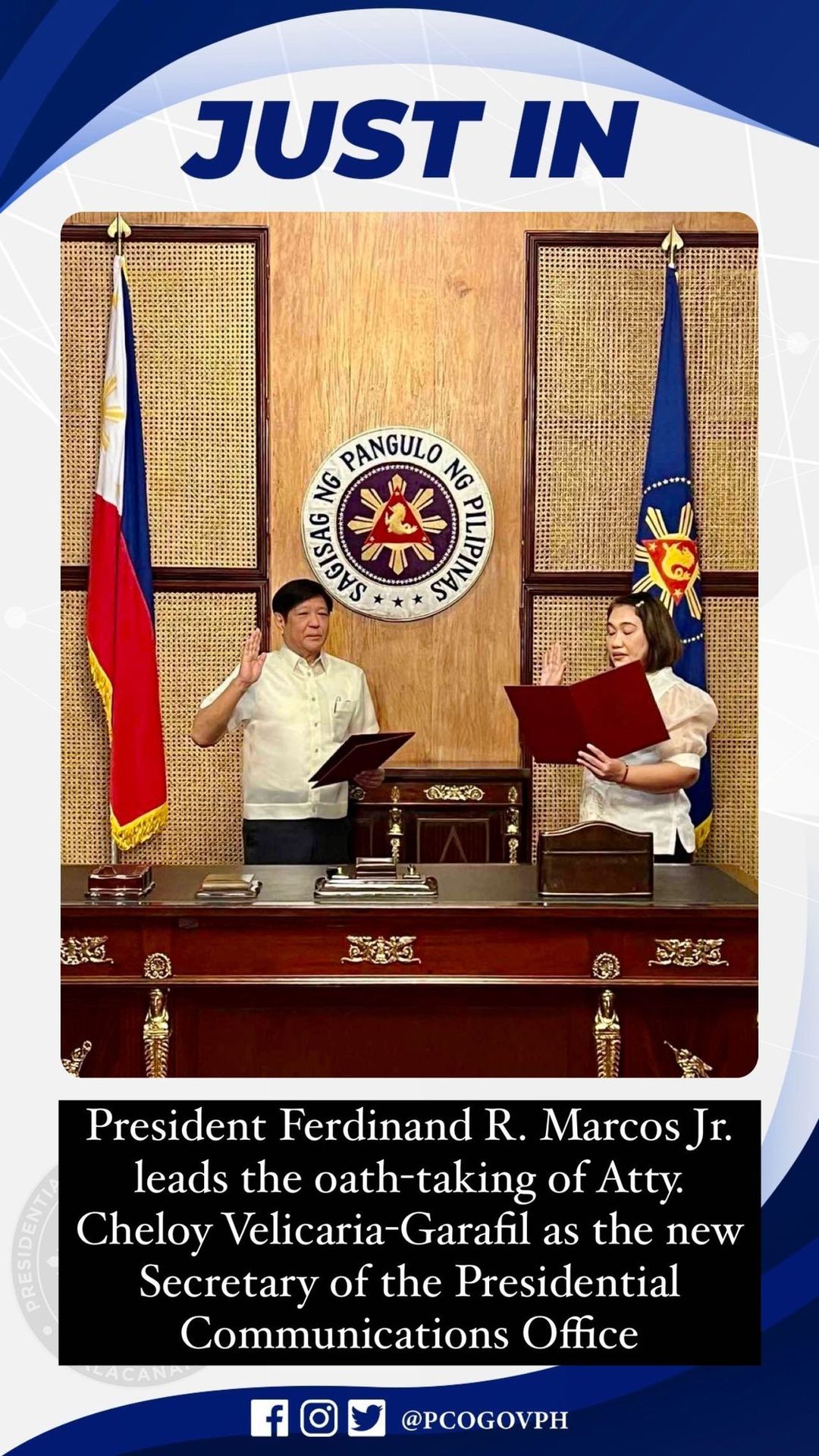 Prior to that, she was the chair of the Land Transportation Franchising and Regulatory Board (LTFRB).

Before pursuing a career in public service, Garafil was a reporter for the newspaper Malaya, covering various beats such as the judiciary, the police, and the local governments.

She then worked for the (now-defunct) Philippine Daily Globe and the Central News Agency of Taiwan.