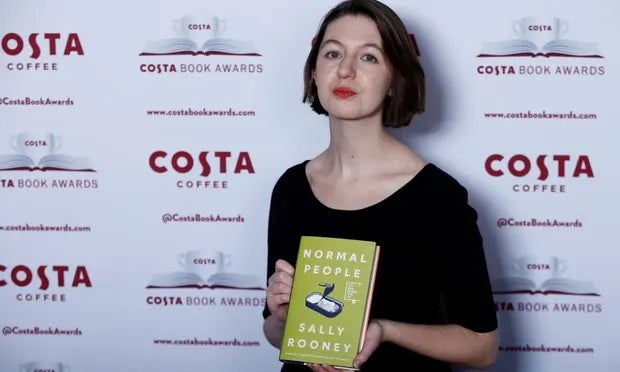 Sally Rooney was among the authors reportedly targeted by Bernardini. (Photo by HENRY NICHOLLS / Reuters)

NEW YORK — An Italian man admitted Friday to stealing more than 1,000 unpublished manuscripts, including from distinguished authors, solving a mystery that had rocked the literary world for years.

Filippo Bernardini, 30, pleaded guilty to one count of wire fraud, federal prosecutors in New York announced in a statement.

Bernardini, who worked in London for publisher Simon & Schuster, impersonated agents and publishers over email to obtain novels and other works from writers and their representatives.

The scam had been known in literary circles for several years with Margaret Atwood, Ian McEwan, and Sally Rooney among the novelists reportedly targeted.

It became public knowledge in January last year when Bernardini was arrested by FBI agents at New York’s JFK Airport.

Beginning in August 2016, and continuing up to his arrest, the Italian impersonated hundreds of real people in the world of publishing by sending emails from fake accounts.

The addresses resembled the domain names of legitimate publishers but with a letter changed here and there. Prosecutors say he registered more than 160 fraudulent domains.

In 2019, Atwood’s agent revealed that the manuscript for “The Testaments” had been targeted.

In 2021, New York Magazine reported that the Swedish editors of Stieg Larsson’s “Millennium” series had been approached by a purported colleague in Italy who requested an advance copy so that it could be translated before release.

A New York Times investigation at the end of 2020 found that “Normal People” author Rooney, “Atonement” author McEwan, and actor Ethan Hawke had also been targeted.

Bernardini’s motive has never been clear.

Alleged victims were baffled by the fact the thefts were never followed by demands for money, nor did the works ever seem to appear online or on the dark web.

Screenshots from Bernardini’s LinkedIn profile shortly after his arrest described him as a “rights coordinator” at Simon & Schuster.

The profile also said he obtained a bachelors in Chinese Language in Milan and a masters in publishing from UCL in London owing to his “obsession for the written word and languages.”

Simon & Schuster, which was not accused of wrongdoing, said at the time it had been “shocked and horrified to learn of the allegations.”

“Protection of authors’ intellectual property is of the highest priority for Simon & Schuster,” the publisher said in a statement Friday.

“We are grateful to the FBI and Department of Justice for its defense and support of the intellectual property rights of authors throughout the world,” it added.

Bernardini initially pleaded not guilty. As part of his guilty plea, he agreed to pay restitution of $88,000, the SDNY said.

His crime carries a maximum sentence of 20 years in prison. Bernardini will be sentenced in Manhattan federal court on April 5.

A test of integrity: Why plagiarism is not ‘lang’