Bantag sues Remulla for libel over comments in Lapid case 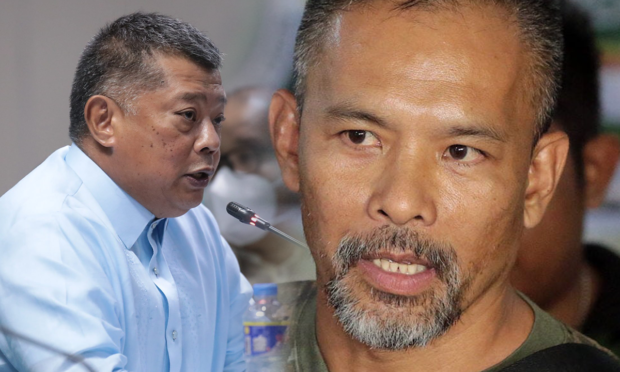 Bantag, in his complaints filed before the Office of the Ombudsman last December 27 and released to the media on Thursday, said that Remulla made many statements against him that were not true — like him being angry when Lapid went to his house or that he dug a big hole at the New Bilibid Prison (NBP) compound in Muntinlupa to look for the fabled Yamashita’s Treasure.

The suspended BuCor official said Remulla only invented the allegations that he was furious with Lapid’s visit to his home in Laguna — which apparently was the subject of one of Lapid’s programs and which supposedly triggered the plot to kill the radioman.

“[…] By making a concocted, invented, and far-fetched statement that the complainant was furious on September 9, 2022 because he allegedly came to learn that Lapid was at his residence in Laguna taking a photo of his house that was allegedly the ultimate reason why he planned the killing of Lapid, is clearly a defamatory statement against the complainant,” Bantag said.

Bantag claimed he had nothing to gain by killing Lapid because he did not have a mansion.

READ: Bantag, target of ‘Lapid Fire,’ speaks out: What mansion?

Bantag also questioned why Remulla did not bother to stop him — considering that BuCor operates as an attached agency of the Department of Justice (DOJ) — when the DOJ Secretary knew that he was digging a huge hole to search for the treasure.

“Assuming for the sake of argument that complainant allegedly told him that the digging within the [NBP] is for the search of Yamashita Gold, why did he not issue a written Order/Memorandum against the complainant for him to stop what he is doing?” Bantag asked again.

“Considering all the foregoing discussions, it is very clear that the respondent exhibited manifest partiality, evident bad faith and gross and inexcusable negligence in the discharge of his official and administrative duties, which would clearly render him liable for Violation of Paragraph e, Section 3 of R.A. 3019,” he said.

“Moreover, respondent’s predisposition of continuously making malicious and defamatory statements against the complainant, which caused undue injury and damage against the latter, would render the former liable for the crime of libel and such other crimes related thereto,” he added.

Bantag asked the Office of the Ombudsman to probe the incident and Remulla for making these statements.

Bantag has filed further complaints with the Ombudsman. In a January 4 murder complaint, he accused Remulla of orchestrating Lapid’s death.

Lapid, real-life Percival Mabasa, was shot dead last October 3, while he was outside the Las Piñas subdivision where he lives in.  After confessed gunman Joel Escorial surrendered, several names were floated, including that of Bantag, as the possible mastermind.

Murder raps have been filed against Bantag and other BuCor officials for their alleged role in the killing of Lapid and Jun Villamor, the middleman jailed at the NBP who talked with Escorial to arrange the hit on the victim.

As BuCor head, Bantag had to supervise the NBP. The suspended official had previously denied any involvement in Lapid’s death.

INQUIRER.net has sought the side of Secretary Remulla, but he has not yet replied as of posting time.