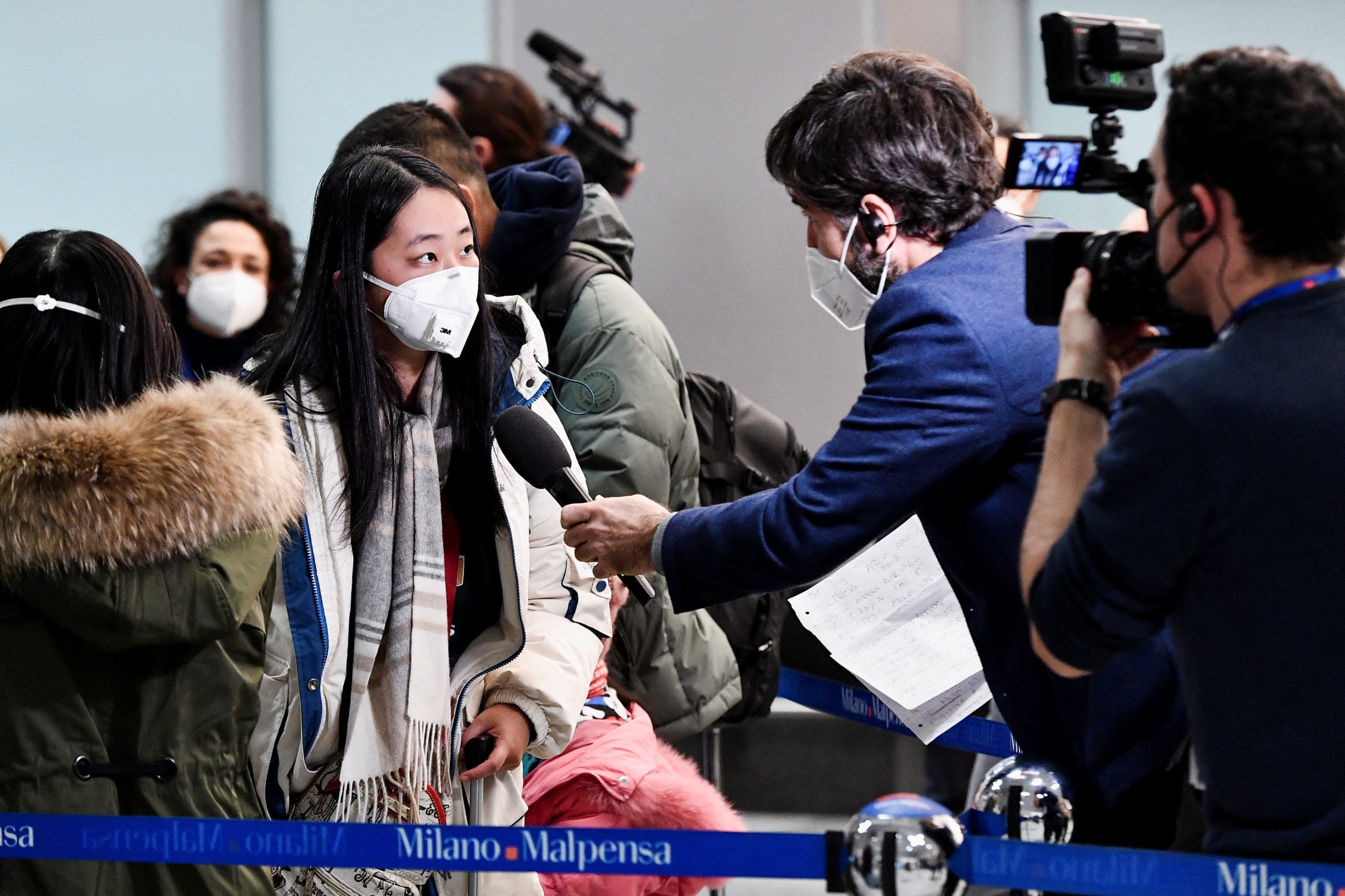 A passengers speaks to a member of the media, after Italy has ordered coronavirus disease (COVID-19) antigen swabs and virus sequencing for all travellers coming from China, where cases are surging, at the Malpensa Airport in Milan, Italy, December 29, 2022. REUTERS/Jennifer Lorenzini

BEIJING — Travelers from China now face restrictions when entering more than a dozen countries as concern grows over its surge in COVID-19 cases, with Australia the latest to demand a negative test before arrival.

As Covid overwhelms Chinese hospitals and crematoriums, officials have insisted that the wave is “under control” despite acknowledging that the true scale of infections is “impossible” to track.

Australia’s health minister on Sunday cited Beijing’s “lack of comprehensive information” about Covid cases as the reasoning behind the travel requirement, which will take effect on January 5. The move will “safeguard Australia from the risk of potential new emerging variants,” he said.

In recent days, Canada, the United States, the United Kingdom, France, Italy, Spain, Japan, South Korea and Taiwan have also imposed either a negative Covid test requirement or testing upon arrival for travellers from China.

Meanwhile, Morocco moved to ban all arrivals from China on Saturday, “to avoid a new wave of contaminations in Morocco and all its consequences”.

The flurry of global travel restrictions began as countries anticipated a surge in Chinese visitors after Beijing announced mandatory quarantine for inbound passengers would end on January 8.

The World Health Organization has called the precautionary measures “understandable” in light of the lack of outbreak information provided by Beijing.

But the European branch of the International Airports Council — which represents more than 500 airports in 55 European countries — said the restrictions were not justified or risk-based.

European countries will meet next week to discuss a joint response to the issue, with incoming EU presidency holder Sweden saying it was “seeking a common policy for the entire EU when it comes to the introduction of possible entry restrictions”.

While a few major Chinese cities seem to be emerging from the current wave of infections, under-resourced smaller cities and rural areas have been hit especially hard.

In response to the outbreak, Taiwanese President Tsai Ing-wen said on Sunday that she is “willing to provide necessary assistance based on humanitarian concerns,” but did not specify what kind of aid might be extended to Beijing, which considers the self-ruled island a breakaway province.

“Epidemic prevention and control is entering a new phase… Everyone is working resolutely, and the light of hope is right in front of us,” Xi said in a speech broadcast on state media on Saturday.

It was Xi’s second time commenting on the outbreak this week. On Monday, he called for measures to “effectively protect people’s lives.”

Despite the jump in infections, large crowds still gathered for New Year’s Eve celebrations in Shanghai and Wuhan, although some social media users said the festivities seemed more subdued than in past years.

China on Sunday reported more than 5,100 new infections and one death linked to Covid out of its population of 1.4 billion — but the figures appear to be out of step with the reality on the ground.

Share the data, WHO urges China at COVID-19 surge talks