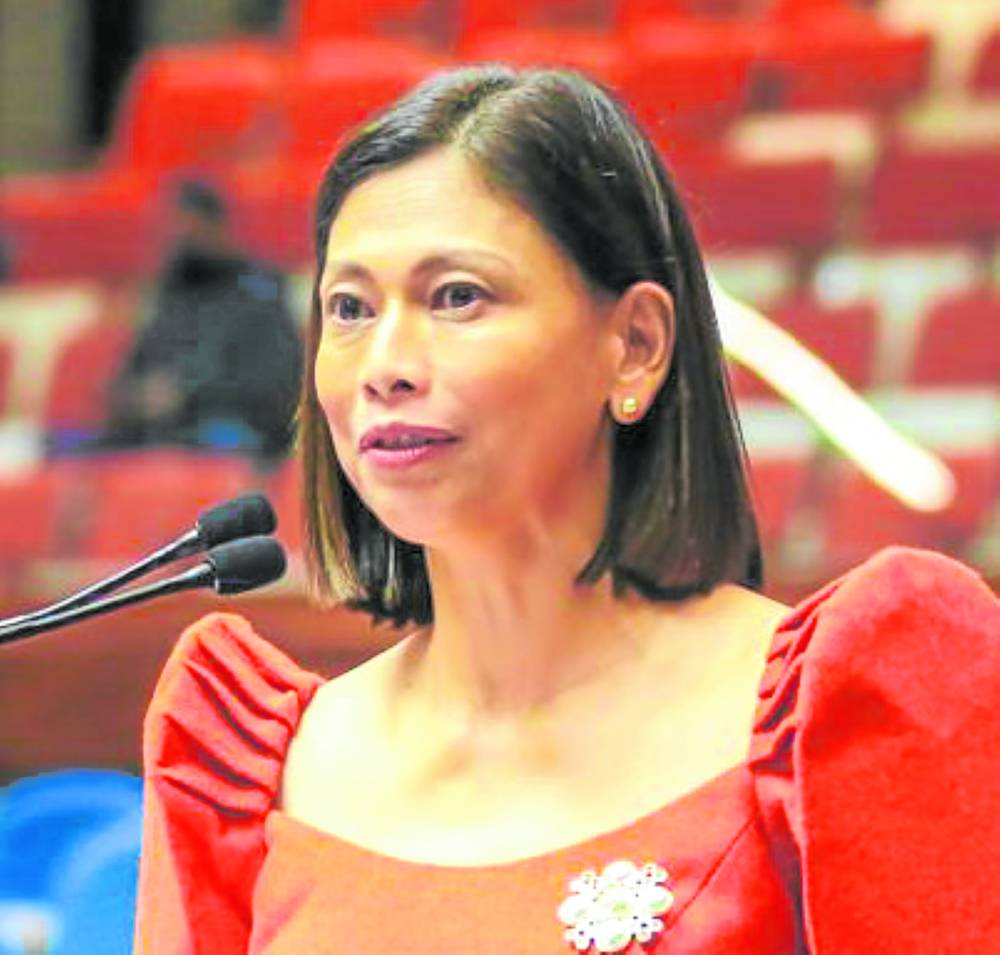 Admitting that the proposed creation of the Maharlika Wealth Fund “got off on the wrong foot,” Rep. Stella Quimbo on Thursday said lawmakers were considering other revisions to address concerns about the plan.

Quimbo, senior vice chair of the House appropriations panel, announced on Wednesday the removal of the Government Service Insurance System (GSIS) and the Social Security System (SSS) from the list of funders of Maharlika with an originally planned contribution totaling P175 billion.

The Marikina lawmaker said the House panel was considering to also remove the P25 billion that the national government would be putting in as seed fund as proposed under House Bill No. 6398, or the Maharlika Investments Fund Act, filed last week by Speaker Martin Romualdez, President Marcos’ son and Ilocos Norte Rep. Ferdinand Alexander “Sandro” Marcos, and other administration allies including Quimbo.

“We also recommended to remove (from the bill) the P25 billion from the national government. Because, again, it’s probably not the right time,” she said in an interview on ABS-CBN News Channel, adding that the proposal would be heard today (Friday) at the House committee on appropriations.

She added that the designation of the President as chair of the governing board of the sovereign wealth fund was not yet cast in stone.

“Right now, to be honest with you, that’s still something that’s evolving,” she pointed out, explaining that different models of the sovereign wealth fund worldwide tapped government economic managers to chair the governing board.

“So that’s why at this point we’re trying to sort of weigh where the chips will fall. So that’s a little bit more dynamic at this point. It’s not yet cast in stone. So even among economic managers, it’s being discussed,” she said.

Addressing the various complaints from economists, civil society, the academe, and even some lawmakers, Quimbo said the proponents of HB 6398 “assumed there was proper or sufficient consultation with the stakeholders” since it was prepared by the country’s economic managers.

“But then, lo and behold, when we started to hear the bill and we started to have a series of consultations, we realized that consultation was lacking. Obviously at this point and time, it’s not ripe for us to include GSIS and SSS as a fund contributor,” she said.

She noted that BSP Governor Felipe Medalla’s commitment to provide the monetary agency’s income to the Maharlika fund was “an indicator of support.”

“For now, we can start smaller than planned… others could join when they’re ready,” referring to the GSIS, SSS and the private sector.

Still, ACT Teachers party list Rep. France Castro maintained in a press briefing on Thursday that “deodorizing” HB 6398 was not enough and urged instead for the bill to just be scrapped.

Castro, who is House deputy minority leader, said that “no matter how much the provisions of the Maharlika bill are deodorized or changed, the fact remains that the bill is rotten and needs to be set aside and junked.”

“The truth remains that we have no surplus. We have no real wealth if we look at our records,” she argued.

“We are running on a deficit budget. Actually the (Bureau of Treasury) said that our current debt is at P13.52 trillion. What’s the opposite of surplus, isn’t it debt? So we really have no surplus. We have a huge debt,” she pointed out.

House Senior Deputy Minority Leader Paul Daza said he was not entirely opposed to Maharlika and lauded the removal of GSIS and SSS as funding sources as a “step in the right direction,” but he expressed concern that “we may not be able to sustain such a fund due to the current state of our economy.”

“I reiterate that there is a proper way to execute this fund. Let us please not rush this through Congress. We must study this carefully and create a working MWF that would suit our current economic situation,” he noted.

Senators also welcomed the latest revision to the Maharlika plan.

“We already said that establishing a sovereign wealth fund is a very good proposal, but we have to be circumspect about the sources of the fund and how it will be managed,” said Senate Majority Leader Joel Villanueva.

However, Minority Leader Aquilino Pimentel III pointed out that the Maharlika plan kept changing in form because it was a “rushed” and not well-studied idea, and was bound to fail as opposition against it among citizens gets stronger.

“An idea which keeps on changing because it hasn’t been thought out well and was rushed, will always have a more difficult time in the Senate,” Pimentel said in a Viber message to reporters.

Pimentel criticized proponents of the Maharlika SWF for coming up with such a “chaotic” idea that supposedly contradicted basic concepts that it was supposed to espouse.

“That is well too basic: They use the ‘surplus’ concept and yet even without a surplus they continue to espouse a wealth or investment fund. What’s the proof that the country has no surplus? The country is mired in debt,” Pimentel said.

“The Maharlika fund proposal is weak not only because the arguments for it are weak, but the objections against it are strong,” he added.

Meanwhile, the Alliance of Concerned Teachers (ACT) and the Nagkaisa labor coalition said the removal of the GSIS and SSS pension funds in the Maharlika plan was a “partial victory” in the fight for the complete scrapping of the bill.

ACT chair Vladimir Quetua said public school teachers remained opposed to the Maharlika fund because it would use the money from Landbank and DBP where all their payroll accounts and savings are deposited.