Philippines, South Korea among most expensive countries for travelers to withdraw from ATM | Inquirer News

Philippines, South Korea among most expensive countries for travelers to withdraw from ATM 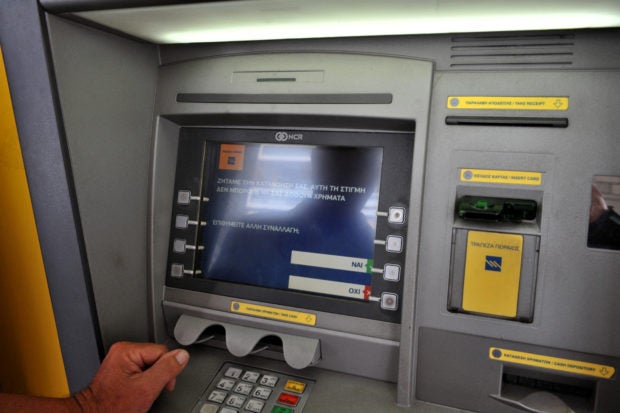 SINGAPORE – The Philippines, South Korea and Thailand are the most expensive countries for travelers to withdraw cash at ATMs, according to fresh data from fintech giant Wise released on Tuesday.

However, travelers should not worry too much as they do not need to rely solely on cash. Various payment modes such as multi-currency e-wallets and cards have sprung up in recent years, offering greater flexibility to holiday-goers.

Ms Lim Paik Wan, expansion lead for Asia-Pacific at Wise, said it is important to be aware of hidden costs when withdrawing cash overseas.

These costs often include foreign transaction fees and undisclosed mark-ups on exchange rates.

“Unassumingly small fees can add up. To put this in perspective, if someone withdrew $150 per day for a week in the Philippines, totaling $1,050, they’d pay the equivalent of $28.14 in fees,” she added.

Mr Atul Garg, principal founder and chief executive of cross-border payments company SingX, told The Straits Times earlier this year that the costs of ATM card withdrawals can go up to 3 percent to 10 percent.

There are three types of charges – by the ATM, the traveler’s card issuer, and a hidden foreign exchange mark-up.

He advised travelers to withdraw one large amount instead of several small amounts, and tap their bank’s overseas ATM networks to avoid fees. 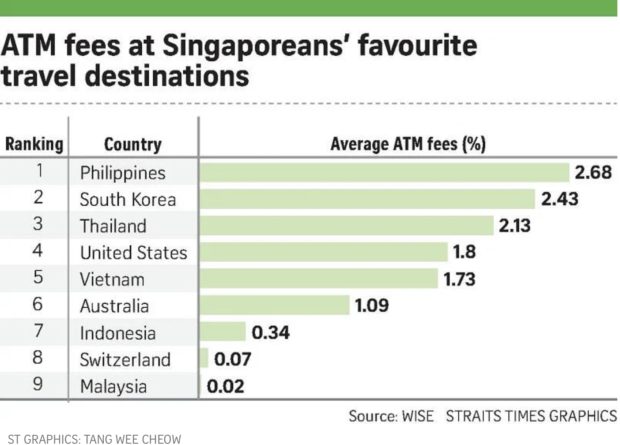 Wise’s data showed that Malaysia, Switzerland and Indonesia are the cheapest countries for travelers to withdraw cash, with average ATM fees ranging from 0.02 percent to 0.34 percent.

The numbers are based on 3.8 million cash withdrawals made with a Wise card at third-party ATMs from September 2021 to August 2022.

Wise said travelers should check the fees charged by their card providers, some of whom offer free ATM withdrawals abroad up to a certain threshold.

“To save money, either exchange money before you travel or bring a multi-currency card to withdraw cash once you arrive. If there are several ATMs (overseas) within a short distance of each other, it may be worth comparing their rates, as fees will vary from bank to bank,” said Wise.