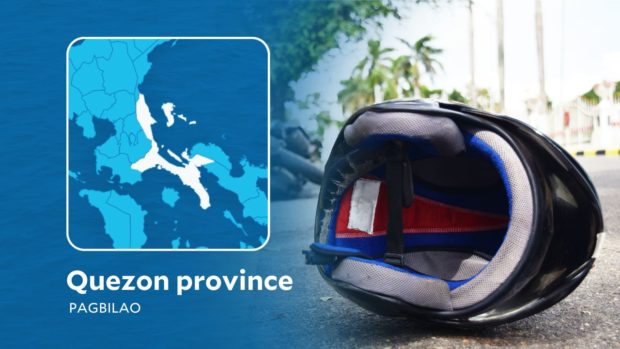 LUCENA CITY — A motorcycle rider died early Wednesday, Dec. 7, after his vehicle collided with a bus along the Maharlika Highway in Atimonan town in Quezon province.

The Quezon police said in a report that motorcyclist Simon Paul O’Brien was traveling at 2:12 a.m. in the highway in Barangay Magsaysay.

The motorcycle occupied the opposite lane and collided head-on with an oncoming bus driven by Arnold Sending.

Due to the strong impact, the bus dragged the motorcycle and the rider some 36 meters away from the point of collision.

The motorcyclist died while being taken to Doña Martha Hospital in the locality due to fatal injuries.

Sending was placed under police custody as the investigation was ongoing.