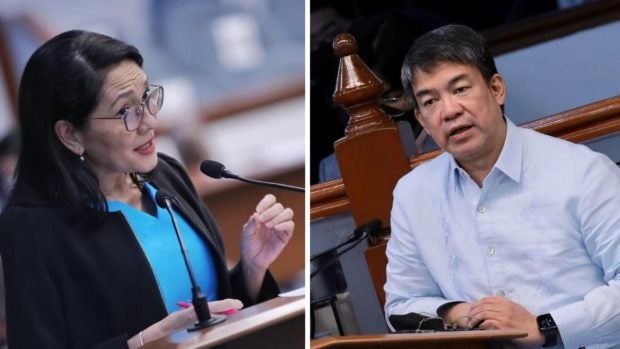 Senate Minority Leader Aquilino “Koko” Pimentel III on Tuesday expressed dismay that the Senate may have rendered itself cripple in its oversight functions over confidential and intelligence funds (CIF) when it allowed the deletion of reporting requirements in the final version of the 2023 budget bill.

“We have an oversight committee, yet in the final version of the [General Appropriations Bill (GAB)], agencies receiving CIF need not submit periodic reports. It seems we crippled our own committee,” he said.

Pimentel earlier questioned the reversion of the P150 million in CIF to the Department of Education (DepEd) and the retention of P500 million for the Office of the Vice President, two offices, which, he said, did not have these fund allocations in recent years.

The senator said he was also “shocked” by the “tremendous increase” of more than P12.4 billion in the budget of the House of Representatives, which, he said, “almost doubled” the P16 billion budget it proposed in its own version of the GAB.

With the issues he raised, Pimentel and his colleague in the Senate minority, Sen. Risa Hontiveros, voted against the ratification of the bicameral conference committee report on the 2023 GAB.

For her part, Hontiveros expressed dismay that with the final outcome of the 2023 budget, “the 19th Congress missed an opportunity to show its independence.”

“It is unfortunate that for the first budget of the Marcos administration, Congress has shown its malleability to the administration’s whims and has squandered an opportunity offered by the Senate for more transparency and accountability and less opportunities for corruption,” she said.

Hontiveros cited the “full restoration” of the CIF, and the deletion of “safeguards on the proper use of the CIF” for voting against the measure, even as she is a member of the Senate panel to the bicameral conference committee.

“It seems that the protection that we gave for the protection of public funds has been rendered blunt and worn out by granting in full all the requests for [CIF] under the Marcos-Duterte administration,” she said.

She expressed concern that by allowing the grant of CIFs to agencies under the executive department without sufficient safeguards, Congress no longer holds the power of the purse.

“Congress abdicated its power of the purse to holders of civilian offices and departments in the executive, setting a precedent for improper budget requests leading up to the elections in 2028,” she said.

Pimentel also scored the allotment of the highest budget to the Department of Public Works and Highways (DPWH) in the [GAB], which is higher than the education sector’s budget by as much as P60 billion.

In his interpellation on the bicam report on House Bill (HB) 4488, or the 2023 GAB, Pimentel expressed concern that the P893.1 billion allotted budget for the DPWH violates the Constitution, which, he said, mandates Congress to give education the highest funding.

According to Pimentel, the combined funding allocation for the DepEd, state universities and colleges (SUCs), the Technical Education Skills and Development Authority (Tesda) and the Commission on Higher Education (CHEd) is only P832.2 billion, or P60 billion less than the DPWH budget.

“Given these figures, are we not violating the constitutional provision? Because the 2023 version of the [bicameral conference committee on the budget] gives the highest priority to public works infrastructure,” he said.

Pimentel raised the issue moments before the Senate was to ratify the bicameral conference committee report on HB 4488, which seeks to give the administration of President Marcos authority to spend its first full-year budget of more than P6.1 trillion.

Citing budget documents, Pimentel said the DepEd was set to get P678.3 billion, while SUCs were allotted P107 billion; CHEd was given P30.8 while Tesda would get P16 billion. INQ