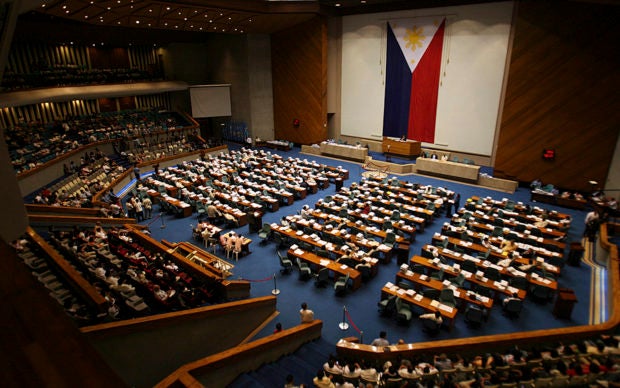 MANILA, Philippines — Former officials of the Department of Information and Communications Technology (DICT) were scolded at the House of Representatives after the Department of Budget and Management (DBM) said DICT did not make any request for authorization regarding their controversial fund transfer.

In the joint hearing of the House Committees on good government and public accountability and on information and communications technology on Tuesday, DBM Director Perpetual Judea Quiazon was asked by Northern Samar 1st District Rep. Paul Daza if DICT should have sought DBM’s permission first before transferring funds to the Metropolitan Manila Development Authority (MMDA).

In response, Quiazon said Section 78 of the General Provisions of the General Appropriations Act (GAA), which contains the budget for the current fiscal year, says agencies must first secure DBM’s authorization.

“In other agencies if there are similar transfers, my understanding is because of Section 78, or ‘yong modified essentially the intended purpose of an appropriation, is that the head of agency must submit certain documents […] is that correct madam chair?” Daza asked.

It could be recalled that last November 23, Daza made a privilege speech questioning why DICT transferred around P3 billion of their P12 billion Free Wi-Fi for All Program to the MMDA and other local government agencies without the consent of Congress.

One of the contracts Daza mentioned was a P1.1 billion project with MMDA that only had one bidder.

While Daza admitted earlier that he was wrong as the latest GAA has provisions stating that agencies can just seek DBM authorization, he maintained that even this was not followed — as evidenced by former DICT acting secretary Manny Caintic’s admission that he is not sure as to whether they got DBM’s nod before placing funds to MMDA.

Caintic was still with the DICT when the transaction happened.

“Under Section 78 in the General Provisions, in the modification of allocation or allotments which I believe this is one of them, the requirement is that the head of the agency must submit some reports and get DBM concurrence.  May I ask Secretary Caintic if they (asked for) that DBM concurrence or consent on the transfer of funds to MMDA?” Daza asked.

“As far as I can remember Madam Chair, I think we coordinated with DBM sir,” Caintic replied.

After this, Daza clarified that his question was whether they got clearance from DBM, to which Caintic said he would have “to refresh (his) memory on that.”

“So is the COA here or DBM, because you partly used free public wifi funds, is it not technical malversation?” Daza asked.

“We could not make an audit conclusion as of now because all of the documentations we required from DICT is not yet submitted to us.  But with your line of questioning, putting aside the documentation, it is technical malversation,” COA Auditor Job Aguirre Jr. said in reply.

After Daza made his privilege speech, MMDA maintained that the fund transfers were not illegal, noting that this is not the first time that they received funding from other agencies.

However, it was revealed during the hearing also that former MMDA chairperson, now Interior Secretary Benjamin Abalos Jr., had directed the return of the said funds.

Artes: Not the first time MMDA got funds from other agencies