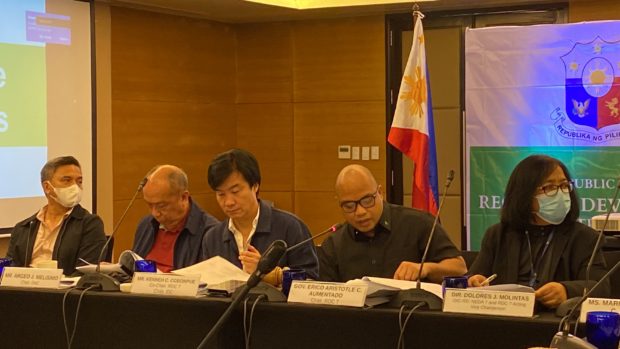 CEBU CITY — Negros Oriental Gov. Roel Degamo has opposed plans to put up an international airport in the municipality of Bacong.

During the meeting of the Regional Development Council in Central Visayas (RDC-7) on Tuesday, Degamo expressed his insights on the proposed international airport, saying it is not economically wise to put it in Bacong.

The governor explained to the council of RDC-7 that it is better to construct an international airport in Tanjay City rather than in Bacong.

Degamo said it is also better to redevelop the domestic airport in Dumaguete City to an international standard.

“We have two other options, not in Bacong. We have done a feasibility study, economically it is more feasible to put it up in Tanjay City than in Bacong. Or let’s just improve the current airport in Dumaguete City,” he said.

But Bacong Mayor Lenin Aviola said that the opposition of the governor is already “moot and academic.”

Aviola said the proposal was already submitted to the Office of the President.

“May I put this into the record that the opposition of the governor is already moot and academic because the project is already at the Office of the President,” said Aviola.

During the meeting, which was led by Bohol Gov. Aristotle Aumentado, the officials of Negros Oriental had an argument.

Degamo said that during the deliberation of the project, he was not present and he was not given a time to present the study of the province about the international airport.

Aumentado asked Degamo to submit his feasibility study regarding the airport and from there, the council will make a move.