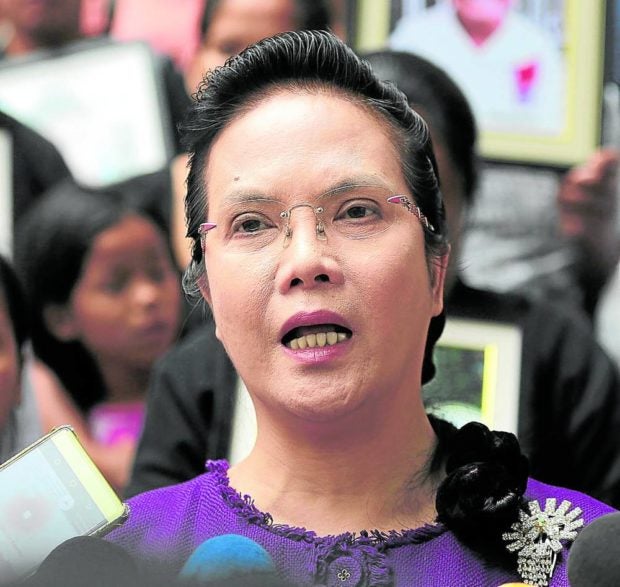 MANILA, Philippines–Of the 256,927 terminated criminal cases handled by the Public Attorneys Office, a total of 222,184 were resolved in favor of the accused.

PAO made public its accomplishment report after a private lawyer on national television said that public defenders often force poor litigants to plead guilty for a faster case conclusion.

PAO Chief Persida Rueda-Acosta, in a statement, said lawyers should be responsible when communicating because a mistake can damage the credibility of an institution such as the PAO that has been providing free legal assistance to indigent members of the community.

The statement stemmed from a private lawyer who was asked on national television about the importance of taking the accused in front of a judge accompanied by a personal counsel.

Based on his observation, the lawyer said there are lawyers from PAO coercing innocent litigants to plead guilty to an offense to expedite the procedures of a case.

But Acosta said forcing an innocent litigant to plead guilty to an offense is against human rights and a violation of legal ethics.

“May umiiral na ‘constitutional presumption of innocence.’ Ito ay maliwanag sa mandato ng aming tanggapan, at marapat laman na ipagtanggol namin ang sinumang napagbibintangan o akusado na sa isang kaso, sa lahat ng pagkakataon o anumang bahagi ng proseso ng pagpapanagot. [There is that constitutional presumption of innocence and it is  clearly within our mandate to defend a person who is accused of wrongdoing. It has to follow the legal processes],” she said.

But she said there are also instances when an accused is advised to enter a plea bargain, which is allowed under the law.

Still, Acosta said both the accused and the prosecutor must agree to plea bargain and be approved by the court. She added that encouraging a plea bargain on a case-to-case basis benefits the accused.

The PAO was the one that pushed for plea bargaining in small-time drug cases when it asked to declare as unconstitutional Section 23 of the Republic Act 9165 or the Comprehensive Dangerous Drugs Act of 2002 that prohibits plea bargaining causing congestion in prison and loss of billions on the part of the government.

PAO went to the Supreme Court after Legazpi City Regional Trial Court Branch 3 Judge Frank E. Lobrigo denied the request of Salvador A. Estipona Jr. to enter into a plea bargaining agreement noting that the laws prohibit it.

Estipona was charged with violating the Dangerous Drugs Act for possessing one sachet or 0.084 grams of shabu.

The SC granted the petition, and in 2018, it issued a framework for plea bargaining in drug cases.

“Insinuations that we are forcing the accused to plead guilty to a case is irresponsible,” Acosta said, adding that if he has a basis [for] his statement, he should inform the PAO office to make the public lawyer liable.