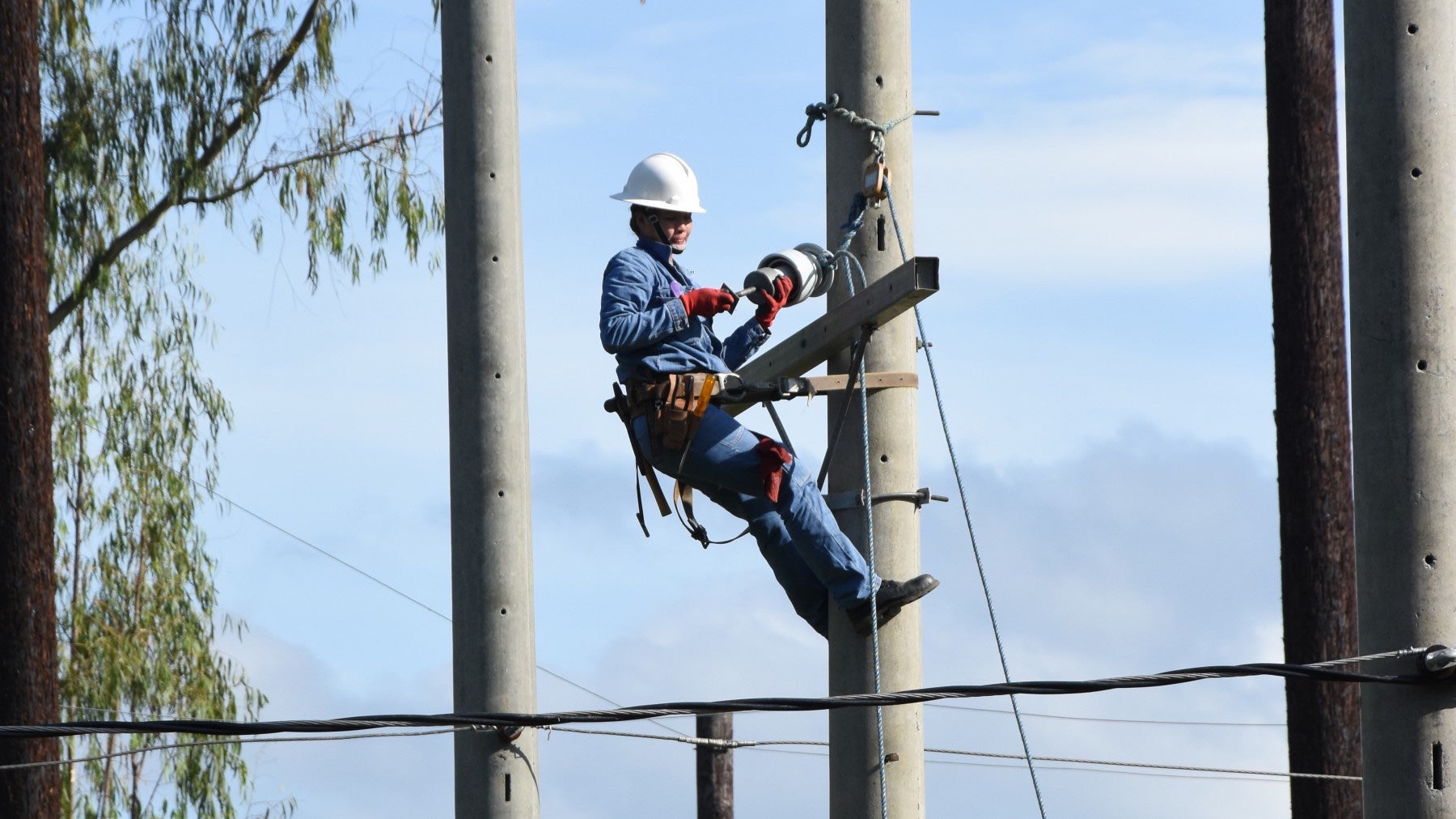 KEEPING THE LIGHTS ON. Thirty-four Meralco Line crew Training Program (MLTP) graduates, including 13 women, are ready to join Meralco to help deliver stable and reliable electricity service to customers after completing the six-month course at the Meralco Power Academy – Power Base in Antipolo City. (Photo from Meralco)

MANILA, Philippines — More women are expected to join the Manila Electric Company (Meralco) as part of its line crew, a job seen as being male-dominated.

According to Meralco, the move to recruit more women to serve in its line crew is  part of efforts to boost diversity and inclusion within the company, in line with the United Nations’ Sustainable Development Goals on Gender Equality and Reduced Inequalities. By 2030,  Meralco hopes to increase female representation in Meralco’s workforce by 40%.

“Thirty-four (34) aspirants, including 13 women, have completed the six-month Meralco Linecrew Training Program (MLTP) that started last May. They will be endorsed for further assessment and possible hiring and deployment,” said Meralco in a statement.

“All of the new MLTP trainees are equipped with the necessary training and tools so that they can safely perform their jobs to the best of their abilities,” said Manlapaz.

Included in the program is physical conditioning, on the job training, and critical assessments, explained Meralco.

“Traditionally operating in a male-dominated industry, Meralco pioneered the training and hiring of female line crew in Southeast Asia back in 2013. A total of 11 women from the first batch are still working in the company in various capacities, helping deliver stable and reliable electricity service to Meralco customers,” the company said.

Zuzette Castro, a former overseas Filipino worker and one of the female MLPT graduates, said she is grateful for the opportunity from Meralco, as she found work during the COVID-19 pandemic while being with her son.

“Being a line crew is hard but what motivates me is the thought that this job will allow me to provide for my family and be of service to the public,” Castro said in Filipino. KEEPING THE LIGHTS ON. Thirty-four Meralco Line crew Training Program (MLTP) graduates, including 13 women, are ready to join Meralco to help deliver stable and reliable electricity service to customers after completing the six-month course at the Meralco Power Academy – Power Base in Antipolo City. (Photo from Meralco)

Castro was also able to help restore power in Rizal after the province was hit by Severe Tropical Storm Paeng.

John Dexter Alonte, a male MLTP graduate, added that he was inspired by his female colleagues to become a part of Meralco’s line crew.

“Seeing women take on jobs that are typically done by men motivates me to excel in my work since I can see them all striving to do well,” Alonte said in Filipino.

Meralco also partnered with Don Bosco College-Canlubang for a technician scholarship program
for the benefit of 15 aspiring female electrical technicians.

The program covers the tuition and allowances of students undergoing the Technical Vocational Education Training Program for the dual NC II Program on Electrical Installation and Maintenance and Mechatronics that started in August.

Empowering workplaces for a brighter Philippines