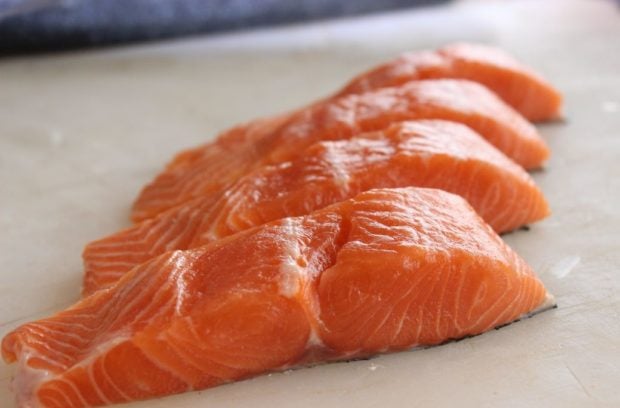 MANILA, Philippines — The Bureau of Fisheries and Aquatic Resources (BFAR) on Friday declared a freeze on its operations against the presence of imported pink salmon, pompano, and other imported frozen fish products in wet markets.

It also said that a review of regulations and policies governing the importation of fresh, chilled, and frozen fish products and fishery and aquatic goods – notably, Fisheries Administrative Order (FAO) No. 195 series of 1999 – is on the way.

FAO No. 195-1999 authorizes the importation of the mentioned products for the purpose of canning and processing and trade to institutional buyers.

“Taking into account the recommendations from fisheries stakeholders and some lawmakers, the [BFAR] is declaring a moratorium [on] its operations in wet markets with regard to the presence of diverted imported pink salmon, pompano, and other imported frozen fish products, effective immediately,” the BFAR said in a statement.

The National Fisheries and Aquatic Resources Management Council (NFARMC) – the highest policy-making advisory and recommendatory body on Philippine fisheries – said they recommended to BFAR the continued implementation of FAO No. 195-1999.

“In the effort, however, of enforcing these policies, the NFARMC believes that the focus should be the scrupulous importers who violate the policies and not the small fish vendors at the wet markets,” the council said in a separate statement issued also on Friday.

“Contrary to some feedback, the implementation of the order is not discriminatory to anyone. In fact, it protects one of the most vulnerable sectors in the country, the marginalized fisherfolk, and the whole industry from competition against imported fish in wet markets,” the NFARMC added.

The BFAR operations were criticized by the public and lawmakers, including Senator Raffy Tulfo, who even called it “anti-poor.”

Senator Grace Poe on Friday lauded the bureau’s suspension of its operations against the presence of imported pink salmon, pompano, and other imported frozen fish products in wet markets.

She expressed hope that the BFAR and other concerned agencies will use the moratorium period “to correct or revise their existing policies to allow them to come up with one that will ensure safe and equitable importation and at the same time promote the local fishing sector.”

“The ban discriminates against our local fish retailers who are only making a living, and ordinary consumers who should be allowed to buy the fish they want to eat,” Poe said in a statement.