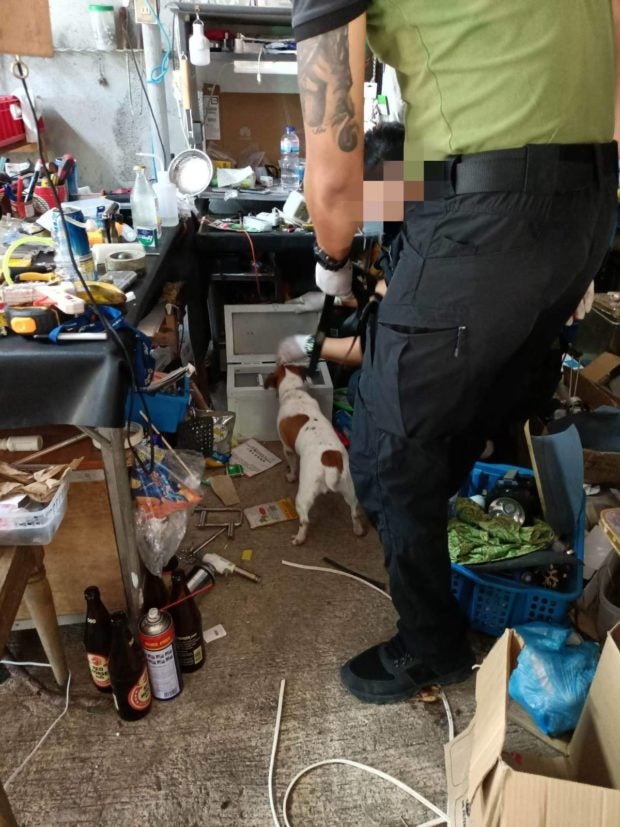 A PDEA-Region 3 agent uses a drug-sniffing dog to look for “shabu” (crystal meth) possibly hidden inside a suspect’s home in Orion, Bataan. (Photo courtesy of PDEA-3)

Guillermo said the suspects yielded 13 grams of shabu, drug-using items and the marked peso bill used in the operation conducted in coordination with the local police.

According to Guillermo, PDEA-3 agents and the police  also arrested Ishad Dela Fuente, 38, a “high-value target” in an anti-illegal drug operation in Abucay, Bataan last Nov. 26.

PDEA operatives confiscated from the suspect some P731,000 worth of shabu.

The arrested suspects are facing a formal complaint for violation of the Comprehensive Dangerous Drugs Act of 2002.