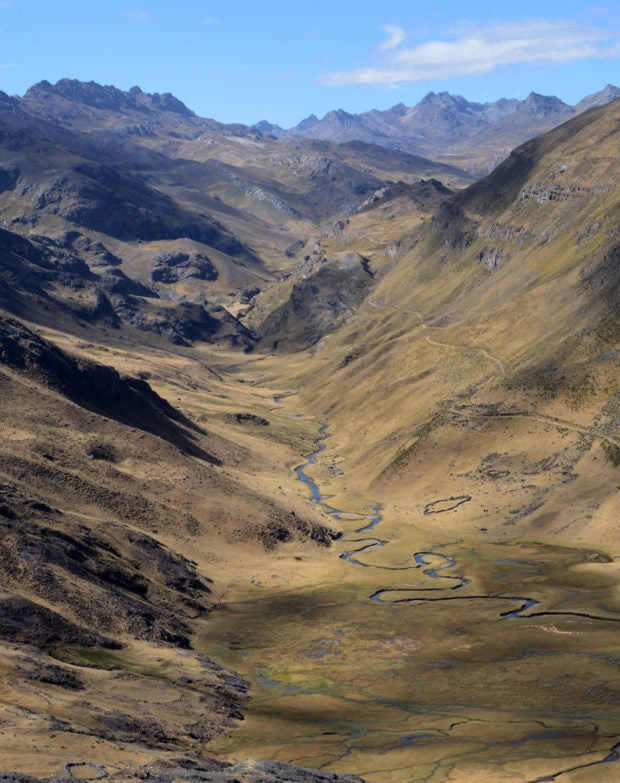 Photo taken on August 17, 2017 of the Jacaybamba gorge at more than 4,500 meters above sea level in Peru’s central Andes, where the Peruvian government plans to build a reservoir by 2020. AFP FILE PHOTO

LIMA, Peru — A group of Peruvian and international botanists has discovered two new species of plant that are endangered by mining activity in the Peruvian Andes, the University of San Marcos reported Tuesday.

The new species, named “Viola ornata” and “Viola longibracteolata,” belong to the Neo-andinium subgenus of Viola, which in Peru currently has 15 species.

“San Marquino botanists are publishing a study in which they reveal two new species of plants found in Arequipa and Moquegua, and which are in critical danger due to mining activity,” the university said in a statement.

This subgenus brings together species that are mostly found inhabiting the Andes, at extremely high altitudes, in remote areas little explored between 12,500 and 16,400 feet (3,800 and 5,000 meters) above sea level.

The new species are perennial herbs, quite hairy in appearance, that grow in rosettes with small flowers, and their coloration and shape help them blend them with their environment.

“The conservation status of both new species is critically endangered, mainly due to the decrease in the quality of their current and potential habitats, since these areas are seriously impacted by extensive mining exploitation,” the statement added.

The plants were recently found in the high Andes in the Moquegua and Arequipa regions, in the south of the country.