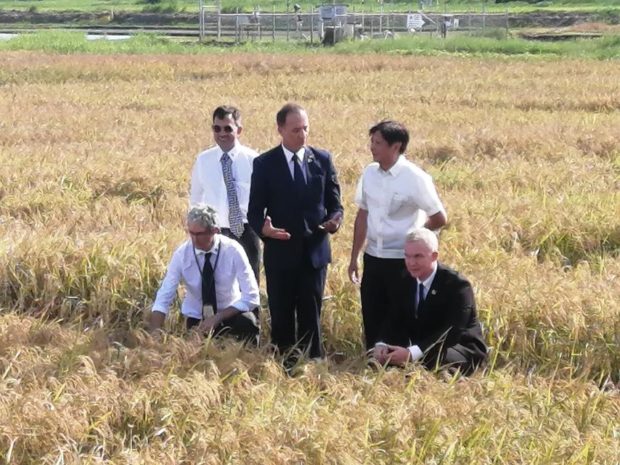 The President went to the IRRI headquarters in Los Baños, Laguna, where he reenacted his father’s photo with IRRI Director General Jean Balié and three others. 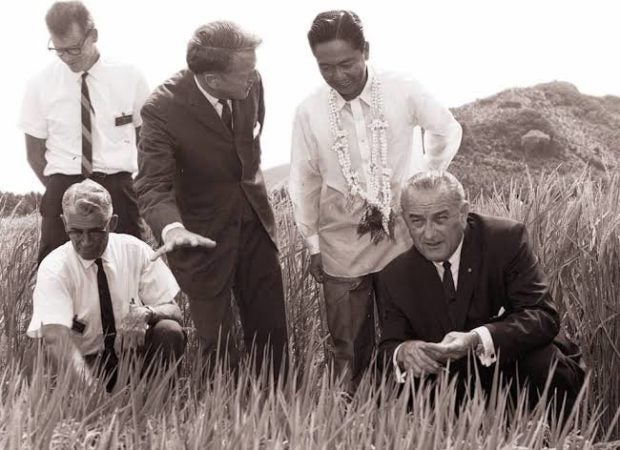 He also visited the International Rice Gene bank, which holds the most extensive collection of rice genetic diversity in the world.

Marcos Jr. also witnessed the demonstration of the use of drones for rice research and production.

Golden Rice rolling out in 7 provinces