Ninoy’s grandchildren: Fight vs disinformation starts with us | Inquirer News

Ninoy’s grandchildren: Fight vs disinformation starts with us 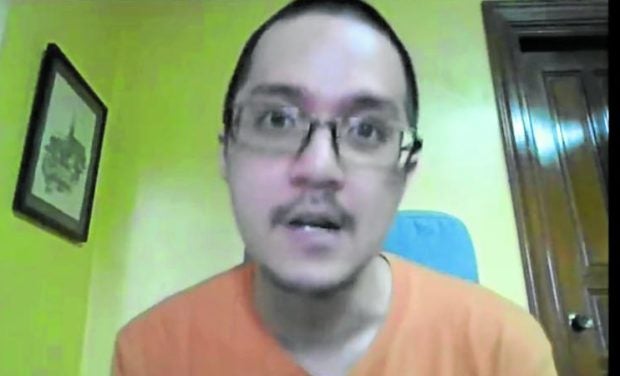 MANILA, Philippines — Marking the 90th birthday of the late former Sen. Benigno “Ninoy” Aquino Jr. on Sunday, the grandchildren of the martyred opposition leader said the fight against historical disinformation begins with them.

Speaking on behalf of the family for the occasion, Francis Joseph “Kiko” Aquino Dee, one of Aquino’s eight grandchildren, said the first step in fighting disinformation was to admit their own “ignorance” about their grandfather’s role in history.

Dee, whose mother is Victoria Elisa “Viel” Aquino-Dee, one of five children of the late senator and the late President Corazon “Cory” Aquino, said the family has made a project of sorting out “boxes upon boxes” of Ninoy’s personal effects from which they learned historical lessons.

He said none of the grandchildren got to know Ninoy personally and learned about him only from stories of their parents, grandmother and uncle, the late President Benigno “Noynoy” Aquino III, as well as from their teachers, public historians and the internet.

“This is why days like Lolo Ninoy’s birthday and death anniversary can sometimes make me feel insecure: I’m his grandson, but there’s still so much I don’t know about him,” Dee said in a video posted on the social media account of the Ninoy and Cory Aquino Foundation.

Ninoy’s assassination on Aug. 21, 1983, on the tarmac of the country’s main international airport, which was thereafter renamed after him, ultimately led to the downfall without bloodshed of the 20-year rule of his rival, Ferdinand Marcos, in February 1986.

“This past year, people have been asking our family what the plan is to fight the disinformation about Lolo Ninoy, Lola Cory, Tito Noy, and our country’s shared story of democracy,” Dee said.

“It’s an enormous question but for me, the first step involves admitting my own ignorance about their stories, about our country’s story, and encountering it through the things they’ve left behind,” he added.

Dee said there were still “boxes upon boxes of Lolo Ninoy’s old things that needed sorting” and that he took the opportunity to get to know him better.

He shared that for one, he learned about Ninoy’s career before politics, as a journalist who covered the Korean War.

“As the story goes, the older reporters were hesitant to endanger themselves as they had families to provide for. At 17, Lolo Ninoy had nothing to lose. Ninoy the teenager probably never imagined that about a quarter century later, in 1977, he would receive an invitation to fly to South Korea to attend a memorial for Korean War correspondents, and his official address would be in a cell in Fort Bonifacio,” he said.

“The materials that we in the Ninoy and Cory Aquino Foundation have been working on are covered in dust from the previous millennium, but once they’re presentable, we look forward to sharing this trove of history with you,” he promised.

Ninoy was being touted as the opposition standard-bearer in the 1973 presidential elections amid growing unrest against Marcos, the father and namesake of the current president.

The elections did not push through since Marcos, who could no longer seek reelection, declared martial law on Sept. 23, 1972. This led to the imprisonment, torture, death, or disappearance of dissenters.

Ninoy was at the top of Marcos’ order of battle. But after almost eight years in prison, he was allowed to leave for the United States in 1980 for a heart operation.

He returned three years later intending to dialogue with Marcos but was assassinated upon his arrival while escorted by government agents.

The protests that followed his assassination eventually led to a clamor for his widow to challenge Marcos in the 1986 snap presidential election.

The ensuing widespread election fraud fueled more protests and boycotts, leading to a military plot against Marcos, then the Edsa People Power Revolution on Feb. 22 to 25, 1986, which toppled his regime.

According to the Edsa-era group August Twenty One Movement (Atom), “no historical distortion is powerful enough” to overturn Ninoy’s legacy for the country.

On Sunday, Atom, which was formed soon after Ninoy’s death, vowed to continue affirming his democratic ideals.

“As we face the darkness under the second Marcos regime, we remember Ninoy’s unyielding courage, his heart of steel, and the patriotic fervor that pushed him to fight the dictator even from his forlorn Fort Bonifacio prison cell—and his fateful decision to come home even if it meant facing the hazard of an assassination,” the group said.

“No historical distortion will be powerful enough to overturn history’s judgment of Senator Aquino as a martyr who laid down his life, along with our other martyrs and heroes, to liberate the country from a vicious homegrown dictatorship,” it added.

They called on the Filipino people to continue fighting for the truth and for justice as “we are called to do nothing less.”