Possible traffic in 12 Quezon City streets due to biking event 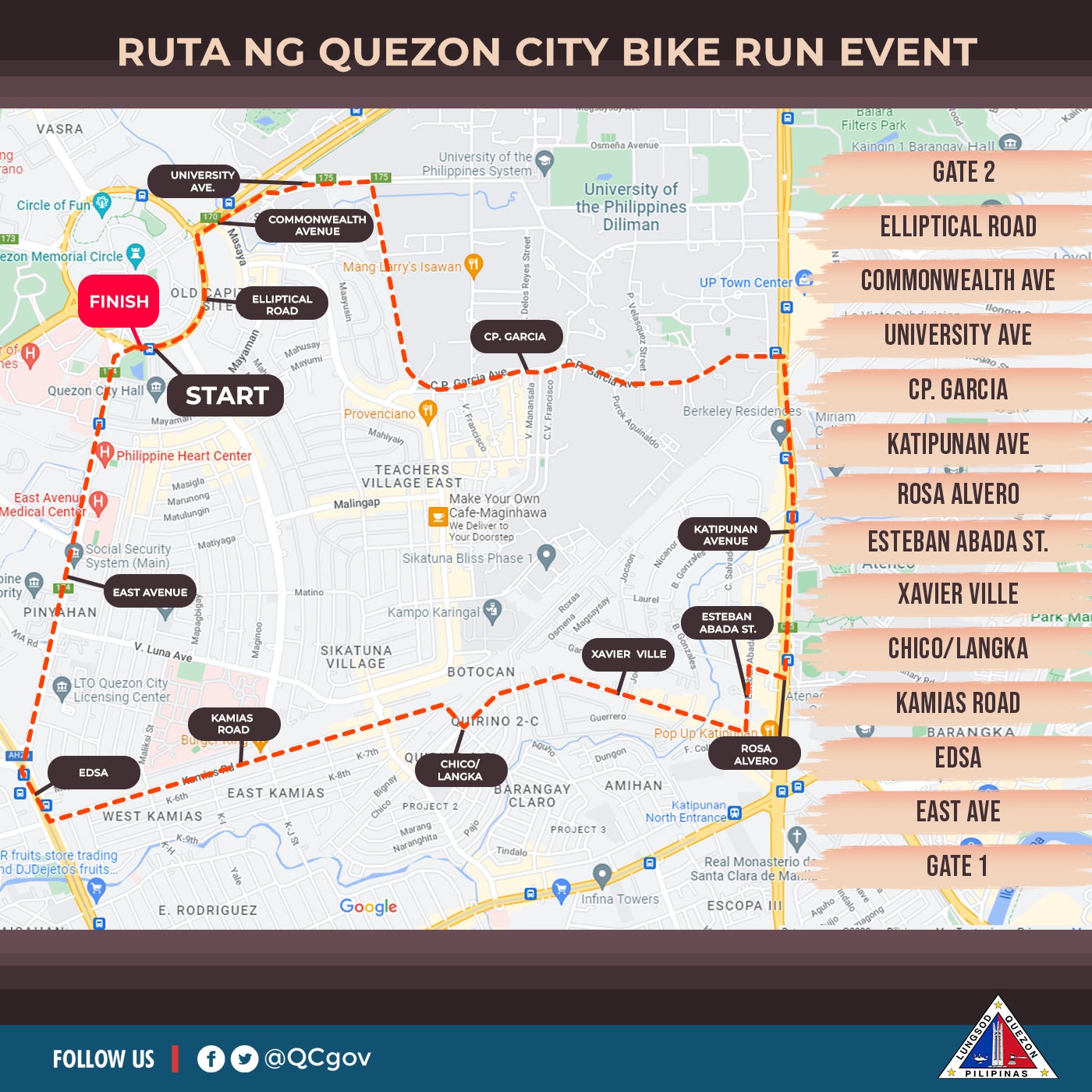 The Quezon city government warned of traffic in these areas due to a bike run event. Photo from Quezon City Government’s Facebook.

MANILA, Philippines —  The local government unit (LGU) of Quezon city warned motorists of possible traffic in selected streets due to a biking event on Sunday evening.

(Because of this, expect slow traffic in these areas).

According to the LGU’s  post, the bike event may stall traffic in the following areas, beginning from Gate 2 of the Quezon City Hall:

No traffic-causing projects from Nov. 14 to Jan. 6, MMDA reminds LGUs