Cop in teen tortures liable for murder, too | Inquirer News

Cop in teen tortures liable for murder, too 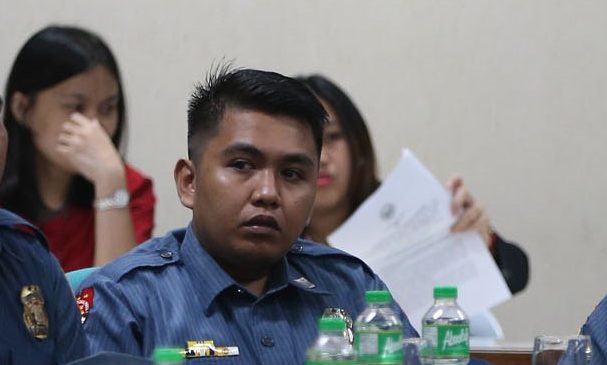 The Public Attorney’s Office (PAO) is confident that PO1 Jeffrey Perez, who was found guilty by the Caloocan Regional Trial Court (RTC) of torturing two teenagers and planting evidence against them five years ago, would also be convicted for the death of the victims.

We’re optimistic that the same decision will come out,” said PAO chief Persida Acosta, adding that the murder case against Perez for the deaths of Carl Arnaiz, 19, and Reynaldo “Kulot” de Guzman, remains pending before the Navotas RTC.

Acosta said they expect the court’s decision to be released in December or January 2023.

“The accused has already made a formal offer of evidence and the case will be set for resolution, for promulgation,” she added.

The PAO represented the families of the victims in the filing of complaints before the Department of Justice that subsequently filed the cases before the courts.

Out for a snack

Arnaiz and De Guzman were found dead days later in places far apart after they were reported missing on Aug. 17, 2017, when the two friends went out for a midnight snack.

Perez, along with another police officer, Ricky Arquilita, were charged with murder, torture and planting of evidence in the deaths of Arnaiz and De Guzman. The two officers were subsequently dismissed from the Philippine National Police.

Arquilita died of liver disease in April 2019 while still on trial, extinguishing his liabilities and leaving Perez to serve the sentence of two life terms imposed by Judge Rodrigo Pascua Jr. of Caloocan City RTC Branch 122 in a decision dated Nov. 10 but made public only on Thursday.

The murder case was transferred to Navotas City, where witnesses said they saw the policemen shoot the victims.

The killing and torture of the two teenagers were among the most high-profile cases in former President Rodrigo Duterte’s bloody drug war.

Acosta said the case was solved with the cooperation of the National Bureau of Investigation, the forensic team and the prosecutors.

“The body speaks for itself. The bodies of the two teenagers show the injuries sustained during the torture… while they were still alive,” she said.

Justice Secretary Jesus Crispin Remulla also stressed that the government would not allow impunity to rule in the country.

“We don’t want impunity to rule in our country… we will never, never succumb to impunity. All of these forces have to deal with the consequences of their actions,” he said when asked to comment about Perez’s conviction.

Meanwhile, Acosta urged witnesses to come out and testify on cases of extrajudicial killings (EJKs) being handled by the PAO.

“That’s our problem with other [EJKs, we can’t file charges because there are no eyewitnesses],” she said.