Marcos: PH research and dev't efforts must be coordinated, gov't must give direction | Inquirer News

Marcos: PH research and dev’t efforts must be coordinated, gov’t must give direction 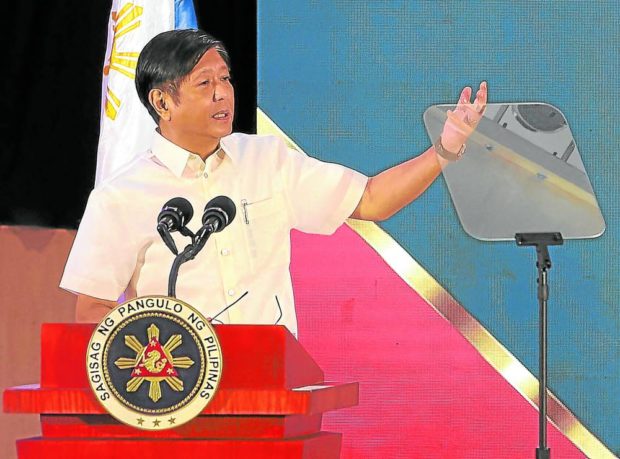 MANILA, Philippines — President Ferdinand Marcos Jr. said Wednesday that scientific research and development (R&D) in the country must be coordinated among public and private institutions and that the government must give directions for it.

This way, he noted, efforts could be consolidated and not wasted. He further pointed out that the government’s guidance on the conduct of R&D could lead to higher productivity and efficiency.

“What Dr. Solidum and I have discovered is that there are many research institutions [that] are doing really remarkably good research. However, (the) problem that we are finding is that the research is not directed. Everyone has their own program, has their own projects,” he told the audience.

“It’s not their fault. They’re studying what they’re interested in. We in government have to give direction so that the output of our R&D is immediately useful to our farmers, to our businessmen, to our MSMEs, to our citizens,” he added.

According to Marcos, he has talked to several science and research institutes about possibly receiving direction from the government. He said the response from scientists was positive.

This is important, the President noted, as a higher focus on hard sciences is expected as the world recovers from the COVID-19 pandemic.

“They’re willing to take direction from us, from the private sector as to what are the necessary technologies for the Philippines in terms of improving – well again, climate change mitigation, adaptation, and our food supply, our economic transformation, all of these things,” Marcos said.

“There are also the social sciences which we still need, we also have to look at. But nonetheless, hard sciences will play a large, large part when it comes to the new solutions that we are looking for in this new world that we are going to have to live in,” he added.

Marcos in the same speech promised to support the country’s scientists, saying the NSTW is proof that Filipinos can be world-class talents if they get the support from the government.

The President, who spent more than 45 minutes marveling at the items on exhibit, also asked Filipino scientists to stay in the Philippines to share their expertise and experience with young and upcoming scientists.