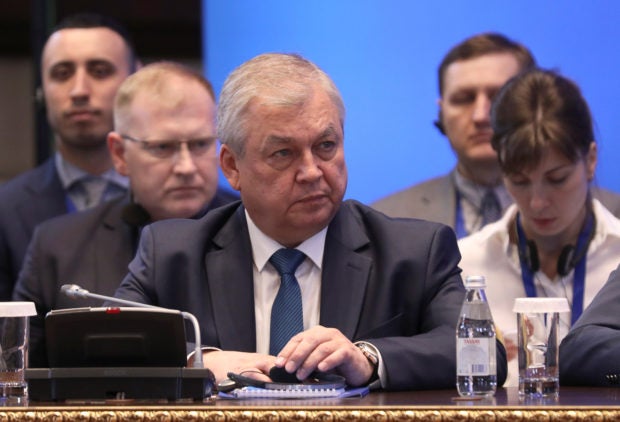 Russia has called on Turkey to show restraint in its use of “excessive” military force in Syria and to keep tensions from escalating, Russian news agencies cited a Russian envoy to Syria envoy as saying on Tuesday.

“We will call on our Turkish colleagues to show certain restraint in order to prevent an escalation of tension, not only in the northern and northeastern regions of Syria, but throughout the entire territory,” the envoy, Alexander Lavrentyev, said according to Russia’s RIA state news agency .

Turkish warplanes carried out strikes in Syria and Iraq on Sunday, destroying 89 targets linked to the outlawed Kurdistan Workers Party (PKK) and the YPG, which Ankara says is a wing of the PKK.

Lavrentyev said Turkey had not notified Russia in advance about its strikes on Syria and Iraq.

“We hope to convince our Turkish partners to refrain from using excessive force on Syrian territory,” Lavrentyev said. He added that Russia would work with interested parties to find a peaceful solution to the “Kurdish issue”.

Russia’s TASS news agency reported that Lavrentyev said that the withdrawal of a U.S. contingent from the northeast of Syria would contribute to the “stabilization” of the situation.