No tsunami warning for Solomon Islands after 7.0 earthquake off coast | Inquirer News

No tsunami warning for Solomon Islands after 7.0 earthquake off coast 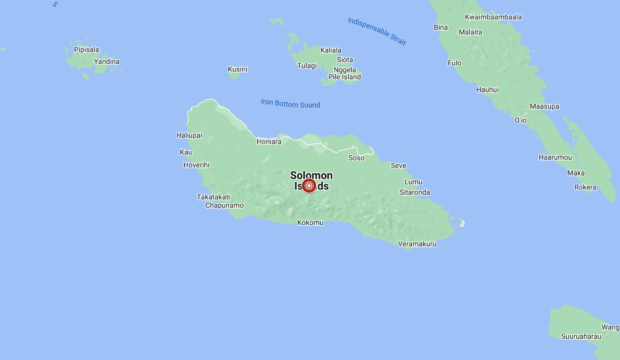 SYDNEY — Authorities in the Solomon Islands said no tsunami warning would be issued after two earthquakes on Tuesday afternoon, including one with a magnitude of 7.0 just off the southwest coast.

The first quake hit at a depth of 15 km (9 miles), about 16 km (10 miles) southwest of the area of Malango, said the United States Geological Survey, which had initially put its magnitude at 7.3.

A second quake, with a magnitude of 6.0, struck nearby 30 minutes later.

The Solomon Islands Meteorological Service said there is no tsunami threat to the country, but warned about unusual sea currents in coastal areas.

“People are also advised to be vigilant as aftershocks are expected to continue,” an employee said on social media.

Widespread power outages are being reported across the island and the Solomon Islands Broadcasting said in a statement on Facebook that all radio services were off air.

The National Disaster Management Office said it has received reports that people felt the quake but are waiting for reports of damage.

“People in Honiara moved up to higher ground in the minutes after the earthquake but some have now moved down,” an official told Reuters by phone.

Seismology Fiji said the quake did not pose an immediate tsunami threat to the archipelago nation roughly 2,000 km to the southeast.