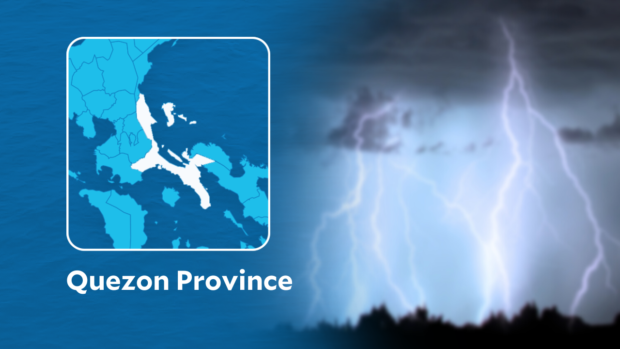 The Quezon police reported that Marivic Balmoria, 43, and her daughters, Annarose, 19; Annabel, 18; and Annamarie, 16, were about to eat dinner inside their house in Barangay Talisay at around 6 p.m. when power was cut off forcing the family to use their mobile phones for light.

As one of the victims was about to get food from the kitchen, the lightning struck and hit them. Three of them were left unconscious.

The father of the family, who was with them, but was unharmed, called for help and took the victims to the Rural Health Unit in the town center.

Aside from feeling pain in different parts of their bodies, the victims did not suffer burn injuries from the sudden jolt of lightning, the report said.