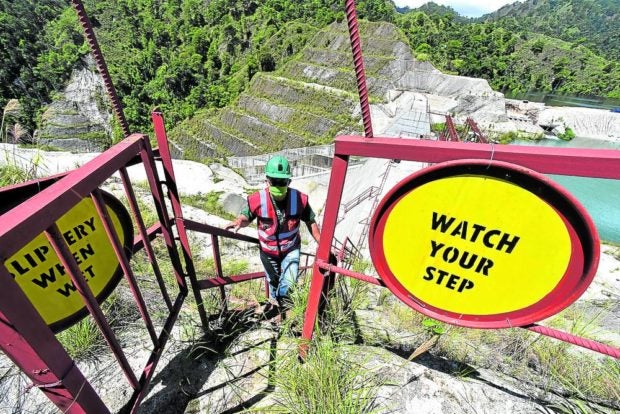 RESPONSIBLE MINING Philex Mining Co., one of the country’s oldest mines operating in Benguet province, is among the companies that the government allowed to continue operating despite the pandemic. Most mines are now shifting to automation and renewable energy to help curb global warming. —EV ESPIRITU

BAGUIO CITY—The country’s mining companies should expect a shift in “mineral commodity demand” as industries pour more resources into green technology to address climate change, experts said on Thursday during the third day of a mine safety conference being held here.

Environment Secretary Maria Antonia Yulo-Loyzaga, who was the keynote speaker at a symposium during the annual Mine Safety and Environment Conference, said minerals like “nickel and copper would be required for the world to transition into clean energy to mitigate the impact of climate change and move toward a low-carbon future.”

She urged mining companies “to be a critical force, as it should be, for social, environmental and economic change,” by reinvesting their profits in climate protection projects as well as “disaster prevention before hazards happen.”

Most mines should review their company portfolios given the growing need for specific metals in the push for green lifestyles, said mine engineer Debbie Ruth Vassay, who presented the paper, “Climate, ESG and the mining sector,” which discussed the impact of new commodity demands on mines, during the four-day summit.

For instance, coal miners are confronting “societal pressures that affect these companies’ ability to secure financing,” said Vassay, who wrote the paper with two other authors.

According to another study by the World Bank, production of minerals like graphite, lithium and cobalt may grow by as much as 500 percent by 2050 “just to meet the growing demand for clean energy technologies,” she said.

Vassay added: “Over 3 million tons of minerals and metals will need to be deployed to wind, solar and geothermal [projects], plus storage.”

One of the biggest industries that will require the help of mining firms is transportation because of the push to replace gasoline-fueled cars with electricity-powered vehicles.

Due to backlash against perceived environmentally destructive enterprises, the climate crisis has been the primary driver for the growth of ethical businesses known as ESG (environmental, social and governance) investments, according to Vassay.

ESG investors prefer renewable energy projects, she stressed.Mining firms themselves are “decarbonizing” and will also need the metals they extract. Decarbonizing means replacing processes and equipment that still use fossil fuels, with technology that mitigates carbon emissions.Carbon dioxide (CO2) is a greenhouse gas that has been trapping heat and making the planet warmer.

Norlito Adsuara, an engineer at the mining firm Helix Resources and Development Corp., said full automation of operations and a gradual transition from internal combustion engines to electric cars could potentially reduce his company’s CO2 emissions by 2.75 metric tons.

But Loyzaga said the government’s main task moving forward is “to define what responsible mining truly is” by determining “whether our laws and policies respond to current and emerging science, technology and practice.”

The Department of Environment and Natural Resources (DENR), she said, is considering a data banking project that would find out the “levels of environment and social protection, community improvement and economic gains in order for mining to be considered truly responsible.”

The DENR wants to measure the span of mine areas that overlap with critical ecosystems and “quantify” reforestation conducted within Mineral Production Sharing Agreement sites.

READ: Game on for green growth