1 dead, 1 hurt as motorcycle crashes into truck in Bulacan 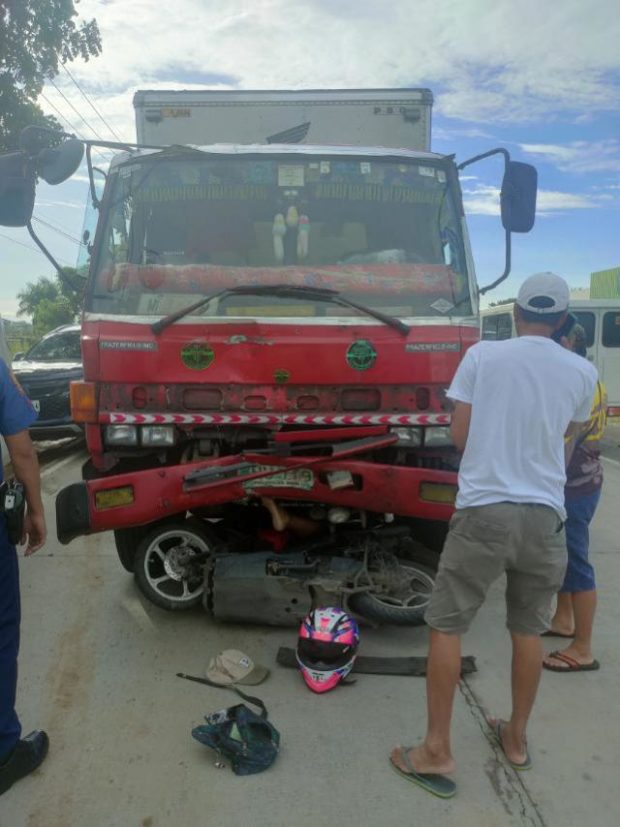 A man died and his companion was injured on Nov. 17 after their motorcycle slammed into a truck left along a bypass road in Bulacan province. (Photo courtesy of Guiguinto police)

GUIGUINTO, Bulacan — A motorcycle driver died while his companion was in critical condition when they collided Thursday with a truck along the Plaridel Bypass in this town.

Bilaro said Sia died on the spot after being run over by the truck driven by Alex San Antonio, 31, from the City of General Trias in Cavite province.

Sia’s back-rider, Aris Mark Iduria, 25, from Bulacan’s Balagtas town, was taken to a hospital for treatment.

An initial investigation showed that Sia and Iduria were allegedly under the influence of liquor at the time of the accident.

Citing witnesses, investigators said Sia was swerving between lanes and decided to counterflow before it crashed into the truck.

The truck driver was now in police custody. INQ

3 teenagers on motorcycle dead in collision with bus – Inquirer