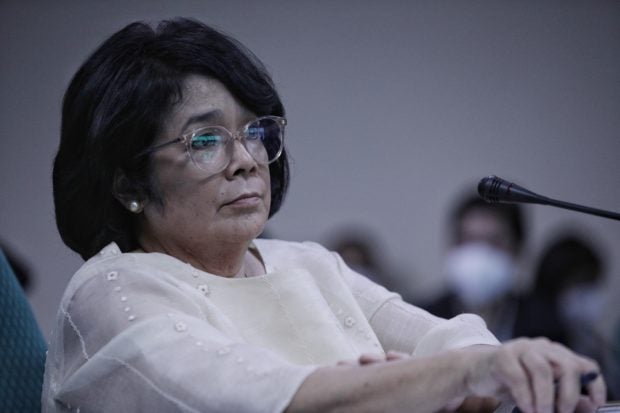 Environment Secretary Maria Antonia Yulo Loyzaga pledged the country’s commitment to support the One Planet initiative and take part in the partnerships of the program during her recent meeting with French President Emmanuel Macron in Egypt.

Launched in 2017, the One Planet movement is intended to promote and develop “tangible” solutions for a transition to a low-carbon economy that would help in climate change adaptation and the protection of biodiversity.

“Secretary Loyzaga indicated the Philippines’ support for the One Planet Initiative and willingness to engage in these partnerships to explore ways on how the parties can work together to achieve the goals of this program,” the Department of Environment and Natural Resources said in a recent news release.

Loyzaga met with Macron at the One Planet High-Level Summit on vital reserves of carbon and biodiversity during the 27th session of the Conference of the Parties.

Before the summit, the environment chief also had a bilateral meeting with Christophe Bechu, French minister for ecological transition and cohesion of the territories, wherein Loyzaga reaffirmed the Philippines’ participation in the UN Biodiversity Conference that will take place in Canada in December. INQ

TAGS: Department of Environment and Natural Resources, One Planet initiative