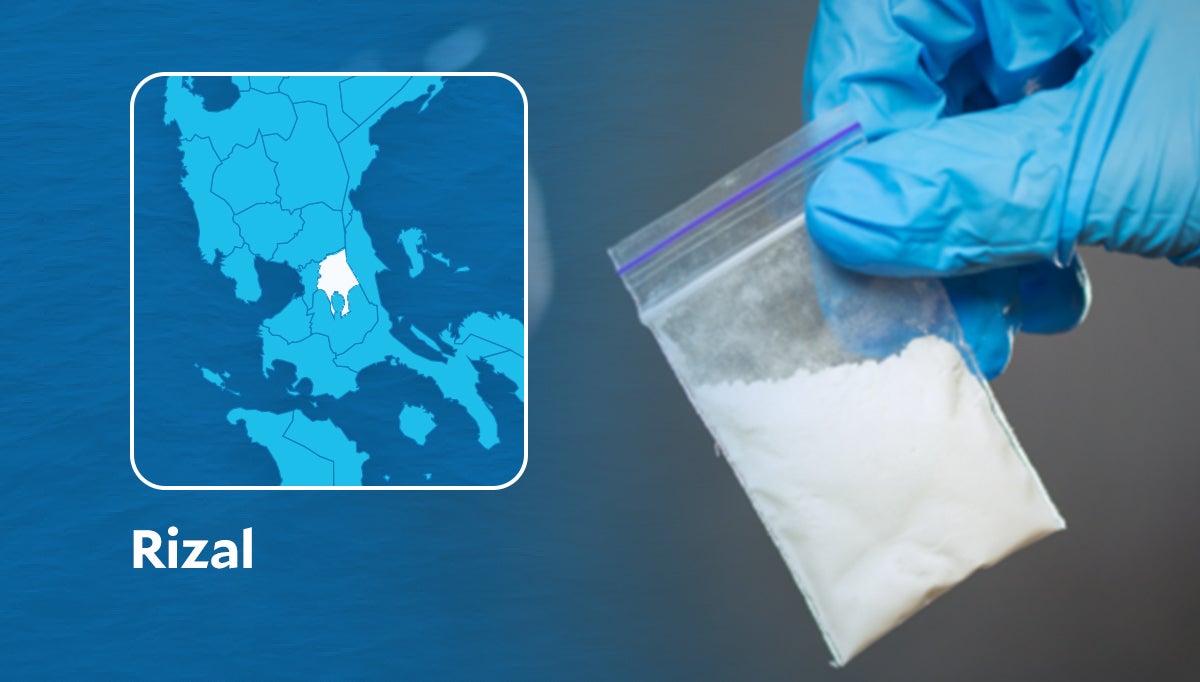 LUCENA CITY – Five drug suspects on the police watchlist were arrested and yielded more than P225,000 worth of shabu (crystal meth) in a series of buy-bust operations in Rizal province on Saturday, Nov. 12.

The Region 4A police reported Sunday, Nov. 13, that anti-narcotics agents in Taytay town collared Wilma Reyes after she allegedly sold shabu to a poseur buyer in Barangay (village) San Juan around 7:10 p.m.

The suspect was found in possession of seven sachets of meth weighing a total of 20 grams with an estimated Dangerous Drugs Board (DDB) value of P136,000.

A man who reportedly tried to stop the police from arresting the suspect was also nabbed for obstruction of justice. The man was not identified in the report.

In Cainta town, police also busted Sherwin Tan in Barangay San Andres around 7 p.m. The authorities seized five grams of shabu worth P34,000 as per DDB valuation from the suspect.

The authorities confiscated six sachets of meth with P32,500. The police also impounded the suspect’s Ford Expedition believed to have been used by the suspect in his illegal drug trade.

The duo yielded seven sachets of shabu worth P23,120.

The report classified the arrested suspects as SLI (street-level individuals) on the drug watch list in their respective localities.