Economy grows 7.6% as Filipinos travel, eat out after COVID pause 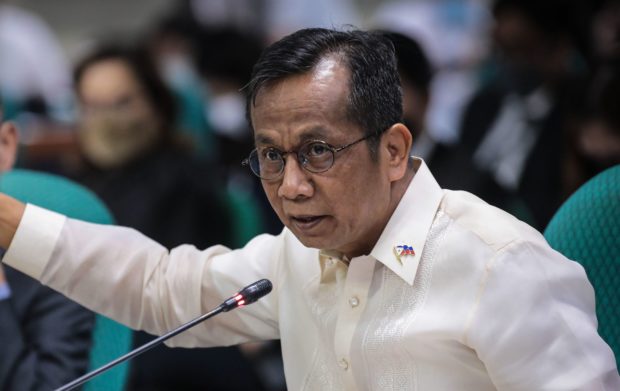 Philippine economic growth accelerated to 7.6 percent in the third quarter, the first three months of the Marcos administration, as Filipino consumers spent more dining out and on recreation following the reopening of businesses from pandemic-related lockdowns and mobility restrictions.

This was faster than the 7-percent expansion in the same period last year and 7.5 percent in the second quarter of 2022, according to the Philippine Statistics Authority (PSA).

It also beat expectations of private economists, who read the third-quarter performance wrong and projected a growth of only 6.3 percent.

“This turnout signifies that Filipino families are close to returning to prepandemic life, as more people visit restaurants and hotels, and engage in recreational activities within the country,” Economic Planning Secretary Arsenio Balisacan said in a statement.

“Having been deprived of mobility for two years, you just want to go out and see the world again,” he added.

“With an average economic growth of 7.7 percent in the first three quarters of 2022, we are on track to achieving the (government’s) growth assumption of 6.5 to 7.5 percent for 2022,” according to Finance Secretary Benjamin Diokno.

“We need a GDP growth rate of 3.2 percent in the fourth quarter to attain full-year 6.5-percent growth, and 7.2 percent to attain 7.5-percent full-year growth,” Diokno said.

Balisacan noted at a press briefing that the latest results placed the Philippines second in the region after Vietnam, which recorded a 13.7-percent growth in its gross domestic product, or GDP, and ahead of Indonesia, which grew by 5.7 percent.

Balisacan said that, in terms of demand for goods and services, household consumption and investment were the main drivers of growth.

National Statistician Dennis Mapa said there were three main factors that showed rising household expenses—a 38.2-percent surge in output from restaurants and hotels, 20.5 percent from transportation businesses, and 3.9 percent from food and nonalcoholic beverages.“The first two are related to tourism and mobility [families have been traveling], and these pushed [the GDP item called] household final consumption expenditures up by 8 percent,” Mapa said.

In terms of production of goods and services during the third quarter this year, all the three major economic sectors showed growth—agriculture (2.2 percent), industry (5.8 percent), and services (9.1 percent).

In particular, wholesale and retail trade businesses (up 9.1 percent) was among the main contributors, along with financial and insurance activities (7.7 percent), and construction, (12.2 percent).

The government’s chief economist added that the third-quarter economic performance largely benefited from the further easing of mobility, which boosted consumption among Filipinos.

“The relaxation of border restrictions and more simplified travel protocols also supported the growth of local tourism and other sectors severely affected by the pandemic, leading to economic expansion in the third quarter,” he said.

Nicholas Mapa, senior economist at ING Bank, said consumer spending was expected to continue next month, which would be the first Christmas season without mobility curbs.

However, “low savings and high [interest] rates could leave households vulnerable down the line,” Mapa said.

Emilio Neri Jr., lead economist at Bank of the Philippine Islands, said the reopening of in-person classes and improved access to credit likely provided the most significant boost in the economy.

This showed that “households, in general, have been isolated from the effects of rapid interest rate hikes so far,” Neri said. “Inflation has nonetheless hurt the poor and marginalized the most.”

Neri said the sum of the Philippines’ economic performance over the last four quarters—October 2021 to September 2022—showed that the Philippines had finally returned to prepandemic GDP.”

However, Neri said that going back to the prepandemic trend of growth would remain a big challenge, especially if capital spending continued to remain below prepandemic.

Michael Ricafort, chief economist at Rizal Commercial Banking Corp., said GDP economic growth in the fourth quarter of 2022 could be at least 7 percent due to the continuing economic reopening.This, Ricafort said, could mean a full-year growth of at least 7.6 percent in 2022 following 5.7 percent in 2021.

Balisacan also warned that the country faced a “considerable burden” from high inflation and the impact of recent tropical storms that badly damaged crops.

Inflation hit 7.7 percent in October, the highest in nearly 14 years, due to surging food prices.Like central banks around the world, Philippine monetary policymakers have flagged further interest rates were needed to tame inflation.“The economy could have been stronger (in the third quarter) if not for this inflation,” Balisacan said.

London-based Capital Economics said it expected Philippine growth to slow in the coming months as the higher cost of living and weaker global demand bite.

“We think economic growth will slow from 7 percent this year to just 5 percent in 2023,” said Gareth Leather, senior Asia economist. —WITH A REPORT FROM AFP INQ