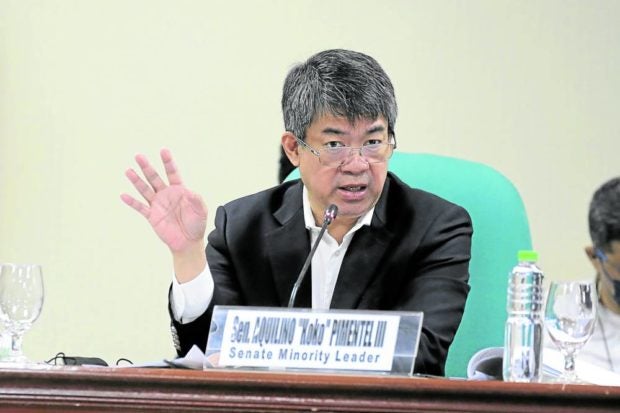 Currently, the OVP and DepEd are at the helm of Sara Duterte while the OSG is led by Menardo Guevarra.

(Maybe we can ask these agencies not to start the practice of CIFs, though for how many years they do not have confidential funds, they will start with the new practice. It will be hard to stop that once it starts.)

Pimentel also stressed that the amount of CIFs for the three agencies is “enormous.”

Senator Sonny Angara, however, argued: “Well, the amount seems enormous to us, Your honor. But I suppose we should also take it in perspective that the budget is also growing.”

Angara, being the chair of the Senate committee on finance, was defending the 2023 national budget on the Senate floor.

Earlier, Pimentel pushed for the re-channeling of CIFs to calamity response as Severe Tropical Storm Paeng (international name: Nalgae) caused widespread devastation in many parts of the country.